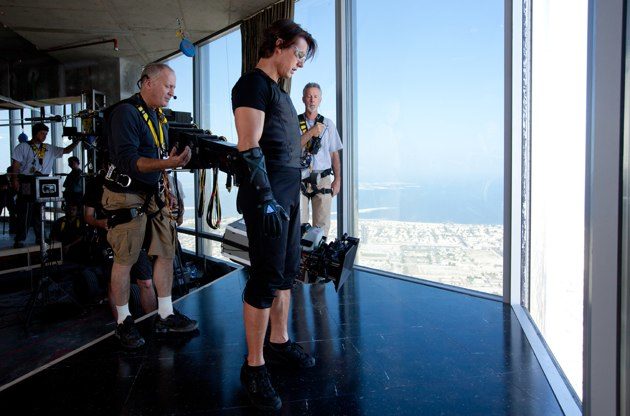 Where have you read this before? "In December, Paramount made the unconventional decision to release Ghost Protocol exclusively in IMAX theaters five days before broadening its release. The move, which Mr. Bird advocated, helped catapult the film to the No. 1 spot when it went wide the following week on the way to becoming the highest-grossing Mission Impossible installment yet. For Mr. Bird, the point is that the typical multiplex theater lacks excitement. When he was young, he says 'if you wanted to see a brand new movie, the only way was to see it perfectly projected in a really big theater with the bulb turned all the way up and an attentive projectionist.'" Adds Christopher Nolan: "These were cameras that had been to the top of Mount Everest, to the bottom of the ocean and into outer space, but people thought we couldn't make a feature film. It was absurd." [WSJ]