The Nicholas Sparks Quotient: How Sparksian Is The Lucky One?

There are a number of givens when one is confronted with a Nicholas Sparks story, the surest thing being that you will cry. Oh yes, you will weep. That is, if you're one of the many out there predisposed to falling under the spell of Sparks's carefully crafted, timeworn magic formula of love, tears, and tragedy. But how does this week's Zac Efron-starring The Lucky One measure up to its predecessors in terms of The Sparks Quotient?

It's a fail-proof alchemy that has turned the author's bestselling weepies into hits since 1999's Message in a Bottle. Let's break it down into the most common unifying elements of a Sparks saga: 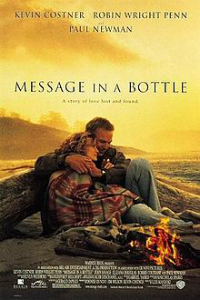 Message in a Bottle (1999)
Plot:Robin Wright falls for Kevin Costner after finding love letters he wrote to his dead wife. 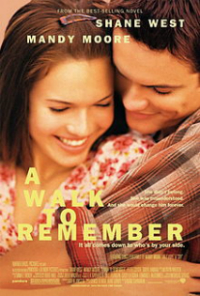 Emo guy/plucky gal: +1 [Cool kid Landon wrestles with his growing feelings for Jamie even as she dares to wear ugly sweaters and make him promise he won't fall in love with her.]
Different worlds: +1
Southern setting: +1
Teen idol star/ballad: +2 [Pop singer Mandy Moore's previous credits: The Princess Diaries and those Neutrogena commercials. And Who can forget Moore's stirring rendition of "Only Hope," the song Jamie performs in the school play that literally makes Landon's eyes pop out of their sockets?]
Watery love scene: 0
Secrets: +1/2 [Mixed signals throw a few wrenches into Landon and Jamie's romance as he struggles to come to terms with his willingness to be seen in public with her.]
Notes/letters: +1 [Jamie's To-Do list; see: Tragedy]
Grand gesture: +1 [Um, like the ENTIRE MOVIE. It's the ultimate fantasy in which a guy will literally fulfill every wish you ever had, from building a homemade telescope on your balcony to proposing marriage at the age of 17.]
Tragedy: +1 [She dies. Leukemia.]
$$$: 0 [A modest $41M domestic take, but the lowest grossing Sparks movie to date.] 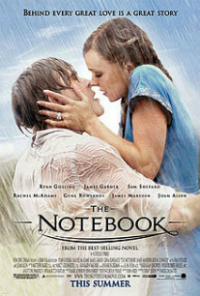 The Notebook (2004)
Plot: 1940s townie (Ryan Gosling) falls for rich heiress (Rachel McAdams) but her family and his crap prospects keep them apart.

Emo guy/plucky gal: +1
Different worlds: +1
Southern setting: +1
Teen idol star: +1 [Ryan Gosling had already starred in films like The Believer and Murder By Numbers... but he had been on The Mickey Mouse Club. And it established his heartthrob potential.]
Watery love scene:: +1 [Only the Best. Rain kiss. Ever.]
Secrets: +1 [HE WROTE HER EVERY DAY FOR A YEAR!!]
Notes/letters: +1 [See above]
Grand gesture: +1 [Going nuts, growing a sadness beard, restoring a plantation house just for her]
Tragedy: +1 [Gena Rowlands has Alzheimer's! *sob*]
$$$: +1

Sparks Quotient: 10 -- The Sparksiest of them all. 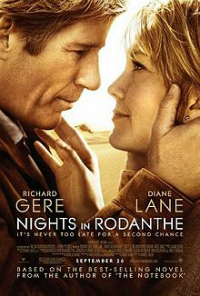 Nights in Rodanthe (2008)
Plot: Jilted single mother (Diane Lane) falls for brooding surgeon (Richard Gere) while trapped at a bed-and-breakfast. He's just gotta do this one thing in South America... 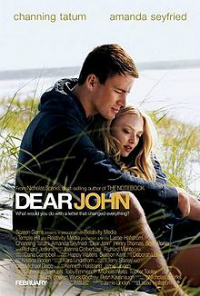 Emo guy/plucky gal: +1 [He has daddy issues. She has giant kewpie doll eyes.]
Different worlds: +1
Southern setting: +1
Teen idol star/ballad: +1/2 [Seyfried sings on the soundtrack ballad "Little House"]
Watery love scene:: +1 [Um. YES.]
Secrets: +1 [Yeah, like the fact that she married the kid from E.T. while John was away.]
Notes/letters: +1 [Lots of them, but they do no good.]
Grand gesture: +1 [He sells his dad's prized coin collection to pay for her sick husband's medical bills.]
Tragedy: +1 [Her sick husband dies from cancer.]
$$$: +1 [#1 at the box office. Take that, Avatar!] 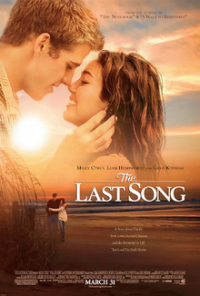 The Last Song (2010)
Plot: Troubled city teen (Miley Cyrus) is shipped off to live with her dad, where she acts out until a local hottie's love (and endangered turtles) help her grow the hell up. 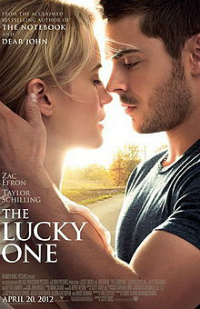 The Lucky One (2012) SPOILER WARNING
Plot: U.S. Marine (Zac Efron) returns from Iraq to find the woman whose picture serendipitously saved him from an explosion, he falls for her.

Emo guy/plucky gal: +1 [He's a tortured soldier who can't quite tell her why he came to town; she's a single mom.]
Different worlds: 0
Southern setting: +1
Teen idol star: +1 [Efron's first bona fide love scene, unless you count that one time he did it with a ghost.]
Watery love scene: +1 [Nothin' like sweet, sweet outdoor shower love.]
Secrets: +1 [If not for his big "secret," this movie could be over in one panty-dropping Efron wink.]
Notes/letters: +1/2 [Half a point for The Photograph of Destiny]
Grand gesture: +1 [Hmm, does walking across the country by foot just to stalk a random fantasy woman who you then come to work for under false pretenses so you can be near her count?]
Tragedy: +1 [Yep, someone dies. I'll leave that juicy bit for you to discover.]
$$$: TBA

Sparks fans, it looks like you're in for a treat! The Lucky One features most of the Sparksian signposts your tear ducts have been waiting for. Bring Kleenex! For more, read Movieline's review.