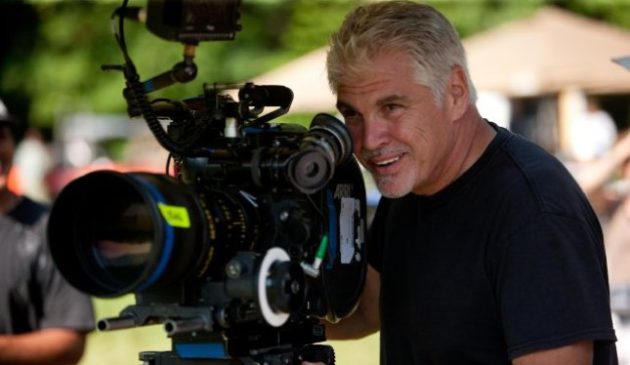 Well, that was fast: Just hours after Josh Hutcherson gamely threw his support behind Hunger Games director Gary Ross, Ross has officially announced he's not directing the franchise sequel, Catching Fire. "I simply don't have the time I need to write and prep the movie I would have wanted to make," wrote Ross in a statement. More after the jump.

Whatever happened behind the scenes, Ross and Lionsgate's joint statements make a point to emphasize that not directing Catching Fire was Ross's decision, not the studio's -- a nicety that conveys good terms whether or not tough negotiations over salary and the like were had.

Similar sentiments were expressed back in 2008 when, after opening the first Twilight film at number 1 on the way to a $392 million global take, director Catherine Hardwicke and Summit parted ways. Back then, the reason given was that Hardwicke's desired amount of time to properly develop the sequel was longer than what the studio wanted to allot. "I am sorry that due to timing I will not have the opportunity to direct New Moon," Hardwicke said in December 2008. "Directing Twilight has been one of the great experiences of my life, and I am grateful to the fans for their passionate support of the film. I wish everyone at Summit the best with the sequel -- it is a great story.

Compare that with Ross's statement and let the wild speculation roll as to why Ross is truly out -- and, more importantly, who'll step in to fill his director's chair on the rapidly approaching Catching Fire, said to be slated to begin filming as early as this August.

Despite recent speculation in the media, and after difficult but sincere consideration, I have decided not to direct Catching Fire. As a writer and a director, I simply don't have the time I need to write and prep the movie I would have wanted to make because of the fixed and tight production schedule.

I loved making The Hunger Games - it was the happiest experience of my professional life. Lionsgate was supportive of me in a manner that few directors ever experience in a franchise: they empowered me to make the film I wanted to make and backed the movie in a way that requires no explanation beyond the remarkable results. And contrary to what has been reported, negotiations with Lionsgate have not been problematic. They have also been very understanding of me through this difficult decision.

I also cannot say enough about the people I worked with: Producer Nina Jacobson, a great collaborator and a true friend; the brilliant Suzanne Collins, who entrusted us with her most amazing and important story; the gifted and remarkable Jennifer Lawrence whose performance exceeded my wildest expectations, and the rest of the incredible cast, whom I am proud to call my friends.

To the fans I want to say thank you for your support your faith, your enthusiasm and your trust. Hard as this may be to understand I am trying to keep that trust with you. Thank you all. It’s been a wonderful experience.

We’re very sorry that Gary Ross has chosen not to direct Catching Fire. We were really looking forward to making the movie with him. He did an incredible job on the first film and we are grateful for his work. This will not be the end of our relationship, as we consider Ross to be part of the Lionsgate family and look forward to working with him in the future.