Lola Versus: Drool Over Greta Gerwig As She Cries Over Your New RoboCop, Joel Kinnaman 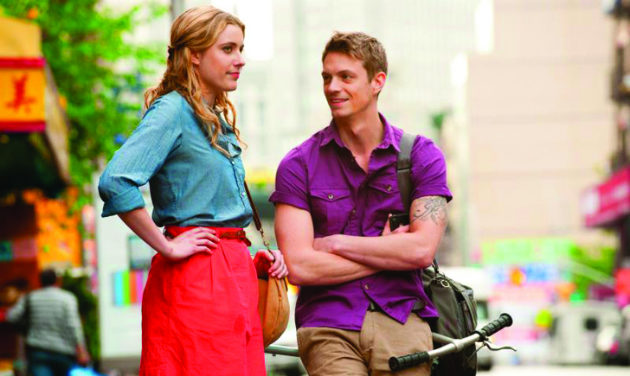 Maybe it's because I've been obsessing more than usual over Joel Kinnaman since rolling through all of Season 1 of AMC's The Killing in a matter of days (I know, late to the party), but I dare any other Kinnaman-lover out there to watch the new trailer for Lola Versus and not fixate on the future RoboCop's 10 seconds of trailer screen time. Phew. That said, it's quite winning on its own, thanks to Greta Gerwig's charm and the hazy-golden gleam of the New York City streets she's traipsing along as she tries to figure out what to do after fiance Kinnaman calls off their engagement.

In the span of two minutes I was hooked by Gerwig's adorable moping, Zoe Lister-Jones' spunk, the relatable crisis that is turning 30, single or otherwise, and those fleeting moments of beautiful Joel Kinnaman. Oh, did I mention Joel Kinnaman is in this? What, may I not covet Kinnaman like you covet your wispy WASP-y dream girl (whom I also adore because Gerwig is irresistibly appealing even when chattering about weddings and boys)?

After many a micro-indie outing for Gerwig (LOL, Hannah Takes the Stairs), bigger indies (Greenberg) and a few mainstream toe-dips (Arthur, No Strings Attached), Lola Versus might be the charming vehicle that shows mainstream audiences why we love her so. Co-scripted by director Daryl Wein and co-star Lister-Jones (who both acted in and wrote 2009's break-up indie Breaking Upwards), Lola Versus will be distributed by Fox Searchlight, who's pushing the film's similarities with 2009's hit (500) Days of Summer.

Head to Apple for HD.

Greta Gerwig plays Lola, a 29-year-old woman dumped by her longtime boyfriend Luke (Joel Kinnaman) just three weeks before their wedding. With the help of her close friends Henry (Hamish Linklater) and Alice (Zoe Lister-Jones), Lola embarks on a series of desperate encounters in an attempt to find her place in the world as a single woman approaching 30.