The coming-of-age tale of a talented teen comics illustrator battling cancer, Death of a Superhero premiered to acclaim and a swift acquisition deal last year at the Toronto International Film Festival. Now, roughly a month away from its U.S. premiere at the Tribeca Film Festival, that event's distribution offshoot Tribeca Film has given a first peek at Superhero's American poster to Movieline.

Thomas Brodie-Sangster and Andy Serkis star in director Ian FitzGibbon's drama, which the festival program guide describes as an "exceptionally honest drama about discovering life, love, and death"; reviewing the film at Toronto, Variety critic John Anderson praised "the way it swings between toon and live-action characters, a daredevil trapeze act that keeps it from succumbing to mawkishness." Superhero debuts April 17 on cable VOD, iTunes, Amazon and Vudu, then splashes down at Tribeca before a limited theatrical roll-out commences May 4 in Seattle.

Stay tuned to Movieline for more, including the debut of Death of a Superhero's new trailer on Tuesday. 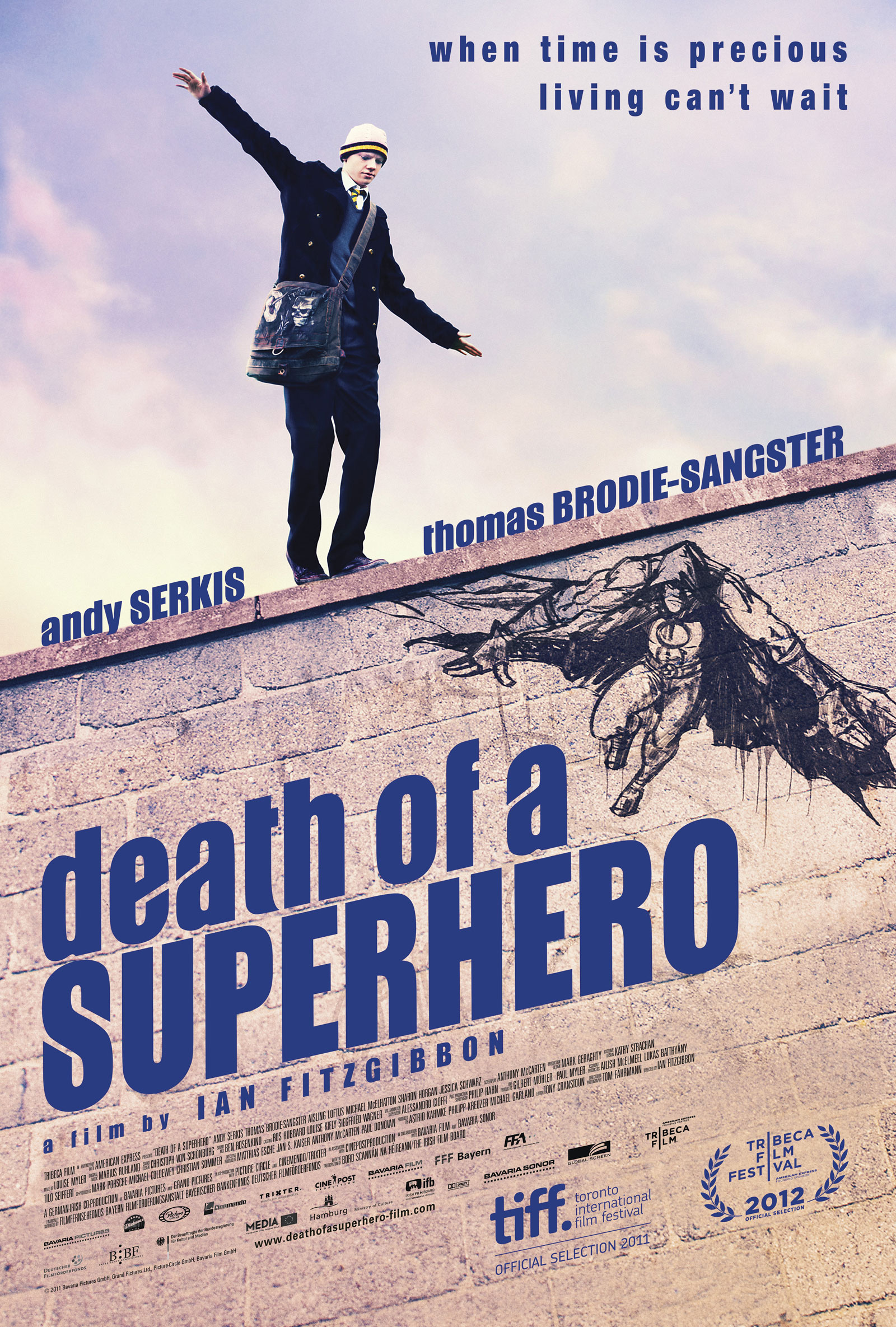