Exclusive: Jonah Hill to the Rescue in Sitter Deleted Scene 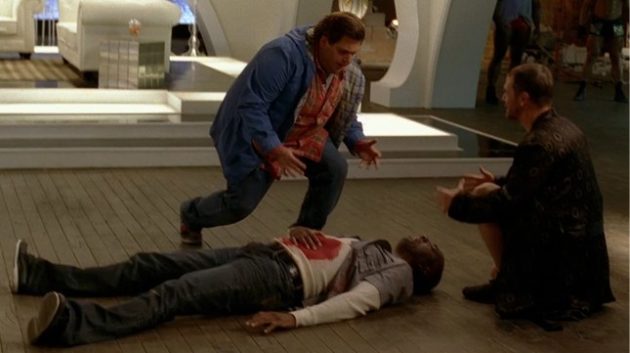 With both an Oscars appearance and a No. 1 movie within the last month, Jonah Hill's 2012 is on pace to exceed even his stellar 2011. And the folks behind The Sitter know it, dropping the David Gordon Green-directed comedy on DVD and Blu-ray this week for prime placement amid Jonahmania. But they also know, as Green mentioned in interviews last year, that the 81-minute movie yielded a trove of deleted scenes — one of which Movieline is debuting right here and now.

Behold J.B. Smoove breaking up a conference between Hill's hapless babysitter Noah and the film's drug dealer freak-o Karl (Sam Rockwell). Or maybe Smoove's character is the freak-o. Or maybe both of them are. There is no shortage of freak-os in this clip, is what I'm trying to say (it's mostly SFW, for the record):

Who hasn't been there? Right? OK.

Stay tuned for more coverage of The Sitter in this week's installment of Inessential Essentials at Movieline.