Harvey Weinstein's Bully Problem — and Ours 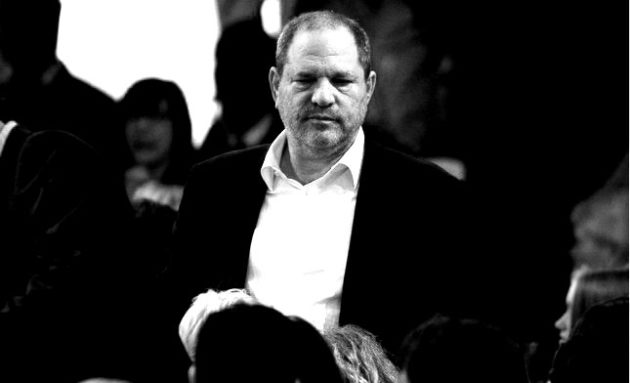 You've heard about Bully, right? The anti-bullying documentary featuring real video of real teenage bullies tormenting real peers, interspersed with experts and victims alike expounding on our ongoing bullying epidemic? Of course you have, because when The Weinstein Company wasn't shoving its 2012 Oscar crop down your throat, it was protesting way too much about a ratings "controversy" that would require youngsters under 17 to attend the doc with a parent or guardian. God forbid! Because the last thing we want is parents and teens watching and ideally discussing a film about bullying, right?

I privately vowed not to succumb to this most ironic of Weinsteinian pursuits: The most legendary bully of the modern Hollywood era releasing a movie about bullies, and then publicly bullying the MPAA over the last week with his outraged! Campaign! To overturn Bully's R rating for language! For the children! No, really: "I have been compelled by the filmmakers and the children to fight for an exception," Weinstein said in a statement. "[...] I want every child, parent, and educator in America to see Bully, so it is imperative for us to gain a PG-13 rating." That was followed by a riotous threat to take "a leave of absence from the MPAA" after the rating was upheld on appeal (by reportedly one vote, which was awfully convenient for the press-release narrative, but hey). Such altruism, Harvey, seriously.

But what do we do when commentators as smart and influential as Andrew Sullivan are taking Harvey's bait not once, not twice but three times, or when the tired, transparent King's Speech/Blue Valentine-esque gambits that evoke Harvey's singular genius transcend PR stuntery to become... uh, this: a "Human Rights Petition" launched by a Michigan high-schooler seeking a PG-13 for Bully:

When I was in 7th grade, a few guys came up behind me while putting my books in my locker. They called me names and asked me why I even bothered to show my face at school because no one liked me. I ignored them because I was scared of what else they might say and who else they might tell if I stood up to them. When I went to shut my locker, they pushed me against the wall. Then they slammed my locker shut on my hand, breaking my fourth finger. I held back tears while I watched them run away laughing. I didn’t know what to do so I stood there, alone and afraid.

I just heard that the Motion Picture Association of America has given an “R” rating to Bully -- a new film coming out soon that documents the epidemic of bullying in American schools. Because of the R rating, most kids won’t get to see this film. No one under 17 will be allowed to see the movie, and the film won’t be allowed to be screened in American middle schools or high schools.

Wow. OK. Setting aside the exploitation of a young woman's traumatic bullying experience and the blatant untruth that an R-rating precludes Bully's exhibition in American middle schools or high schools (as though Congress passed some constitutional amendment outlawing parental permission slips), there is no fundamental "human right" dictating that Weinstein Company releases must be viewable by everybody. What's happening presently in Syria is a human-rights issue. This is a crass, cynical marketing ploy by a man who eats Oscars and shits Tonys. 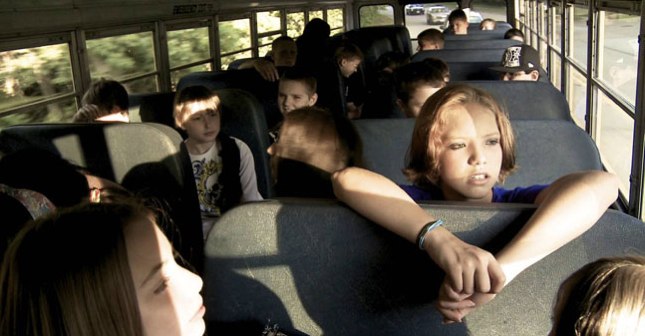 Let's also not forget many distributors' long-standing frustration with what they term the inconsistency of the MPAA ratings board — the application of one ratings standard to Film A and another to Film B (often perceived as a major studio vs. indie conflict, but if The Weinstein Company isn't a major after Sunday night, then nothing is). As it did a little over a year ago with The King's Speech, the board counted the F-bombs and issued the R-rating consistent with numerous prior films it had also rated R. About time, right? Not for Harvey, who knew both the box-office impositions that The King's Speech and Bully would face when he got into bed with each of them and the MPAA mileage he could milk from both contretemps. The kvetching commenced immediately.

In other words, this isn't the MPAA's problem, and anyone who attempts to persuade you that it is is either misinformed or a bald-faced liar. Or he's Harvey Weinstein, who can be both those things in equal measure but most often plays the showman middle with mastery beyond reproach. This, however, with Harvey himself publicly invoking his "school-age children of my own" and openly acknowledging in one statement how "the Cincinnati school district signed on to bus 40,000 of their students to the movie – but because the appeals board retained the R rating, the school district will have to cancel those plans"? This is just... gross. It's also socially counterintuitive, as noted by at least a couple of Sullivan's readers who chimed in on the matter today:

"At a movie theater on Friday night, I saw numerous young children (ages 5-10, or so) in line with their parents to see the R-rated Act of Valor, the new action movie/recruitment video starring active-duty Navy SEALs that goes as far as depicting torture. I’m assuming that those parents thought that seeing our country defended on screen so violently would be a positive, character-building experience for their children. Although I would personally disagree, every parent does and should have the right to make those decisions for their children. My hope and expectation is that parents would bring their children to see Bully as well." [...]

"What the R rating for Bully does mean is that teenagers (supposedly) can't see it with their friends, where they might decide to be assholes and cheer for the bullies throughout. This might be a good thing."

Amen. Anyway, the panic continues and barring some sort of bleep-tastic editing revisions, Bully is and shall remain rated R for strong language. Or maybe we can make it silent, black-and-white and splice in a certain charismatic Jack Russell terrier? Whatever it takes, Harvey! Whatever it takes.