Alas, Titanic 3D Proves Just as Unnecessary as You Thought 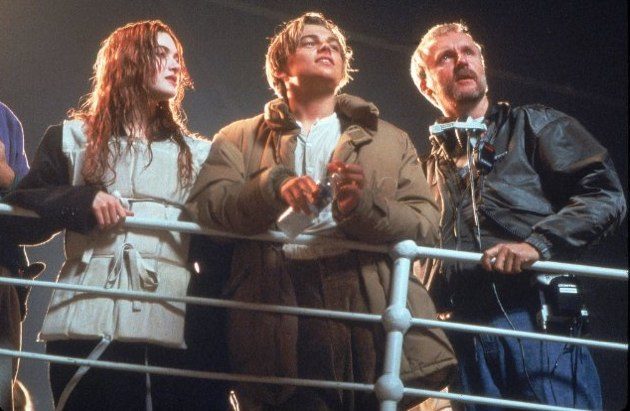 I wanted to believe James Cameron — I really did! — but it turns out that the 3-D conversion of his megahit Titanic is not only the craven cash grab we all feared, but it's also a visually drab re-rendering of an otherwise extraordinary technical achievement. Womp wooomp.

Paramount and Fox reportedly hosted a few dozen sold-out Valentine's Day previews of the film, to which press elites like Roger Ebert and David Poland were invited for their reactions. (My invitation must have been lost in the mail, but hey, I had a hot date with Linsanity that night anyway.) And how about those reactions! First Ebert, who gives Titanic a thorough and conscientious second-over before getting to the takeaway we're all waiting for:

Cameron has justly been praised for being one of the few directors to use 3D usefully, in Avatar. But Titanic was not shot for 3D, and just as you cannot gild a pig, you cannot make 2D into 3D. [...] There's more to it than that. 3D causes a noticeable loss in the brightness coming from the screen. Some say as much as 20 percent. If you saw an ordinary film dimmed that much, you might complain to the management. Here you're supposed to be grateful you had the opportunity to pay a surcharge for this defacement. If you're alert to it, you'll notice that many shots and sequences in this version are not in 3D at all, but remain in 2D. If you take off your glasses, they'll pop off the screen with dramatically improved brightness. I know why the film is in 3D. It's to justify the extra charge. That's a shabby way to treat a masterpiece.

I was happy that when we got to the theater, it turned out not to be IMAX 3D. Those glasses are ridiculous and I have only had one or two happy experiences with that specific format. (I quite like IMAX and don’t always dislike 3D.) So I didn’t get irritated by having the glasses on as we watched the hours of film roll by.

However... I found myself wanting to take the glasses off repeatedly. And here is why: it’s like watching the movie through a filter. Call it darkness, call it clarity… call it what you like. But for me, especially on Titanic, the slight facial fur and occasional acne under the make-up on Kate Winslet and the small pock marks on Leonardo DiCaprio’s face are a part of the intimacy of the movie. The movie takes such painstaking efforts to get every detail right... I want to see them, including the imperfections. And with those glasses on, I could not. Some might be happy not to see detail... to have the image smoothed out even more. But not me. These people are beautiful. Their imperfections are beautiful.

Anyway, this will make a fortune and quite possibly be your next reason for never going to the movies again, so... yeah. Mark your calendars.