Nearly a year on from its world premiere at the Tribeca Film Festival, director Tony Kaye's ensemble drama Detachment is readying to make its debut on VOD and in theaters. This calls for a poster! Movieline's got your first look at the one-sheet -- featuring leading man Adrien Brody and a high school classroom in desperate need of a janitor -- after the break.

From this site's Tribeca review:

Detachment follows substitute teacher Henry Barthes (Brody) through his extended stay at a Queens high school, a borderline war zone where students would sooner drop a loogie than an apple on an instructor's desk, and where city administrators openly link plunging property values to plunging test scores. This is where contemporary education has gone to die, slowly and painfully. Henry swims through an ensemble-cast cosmos of lifers [...] Their banter -- about a dead colleague here, a popped pill there -- keeps them sane and human enough amid the savagery. They've all but given up on the kids, defecting to the private sector when the hopelessness of teaching public school finally becomes one humiliation too many. [...]

After a while, in fact, Detachment feels as though Kaye is telling a ghost story -- a novel, really, with characters and back stories fluttering through magic-hour prisms and saturated nocturnal light, their yelps and groans and pleas and dins and salutations and whispers hand-stitched into narrative breaths, their memories folded into daydreams and pummeled into nightmares, these fluorescent-lit cathedrals of learning dismantled before their inhabitants' eyes, finally windblown into oblivion. The film demands being taken seriously even as it testifies to its own futility, like the obituary of some household name you loved as a kid. It's point-blank blame and benediction of teachers themselves, resolving only to leave you wondering how things got so bad while also wondering why no one told you sooner how bad they'd been getting. Resolving, that is, when it's not suggesting you never listened in the first place and most definitely aren't listening now.

Bam. Also check out Movieline's interview with Brody about the film; Tribeca Film will uncork Detachment on Feb. 24 via Movies On Demand, iTunes, Amazon Watch Instantly, VUDU and other platforms before opening it theatrically in select cities beginning March 16. Visit detachment-film.com for more info. 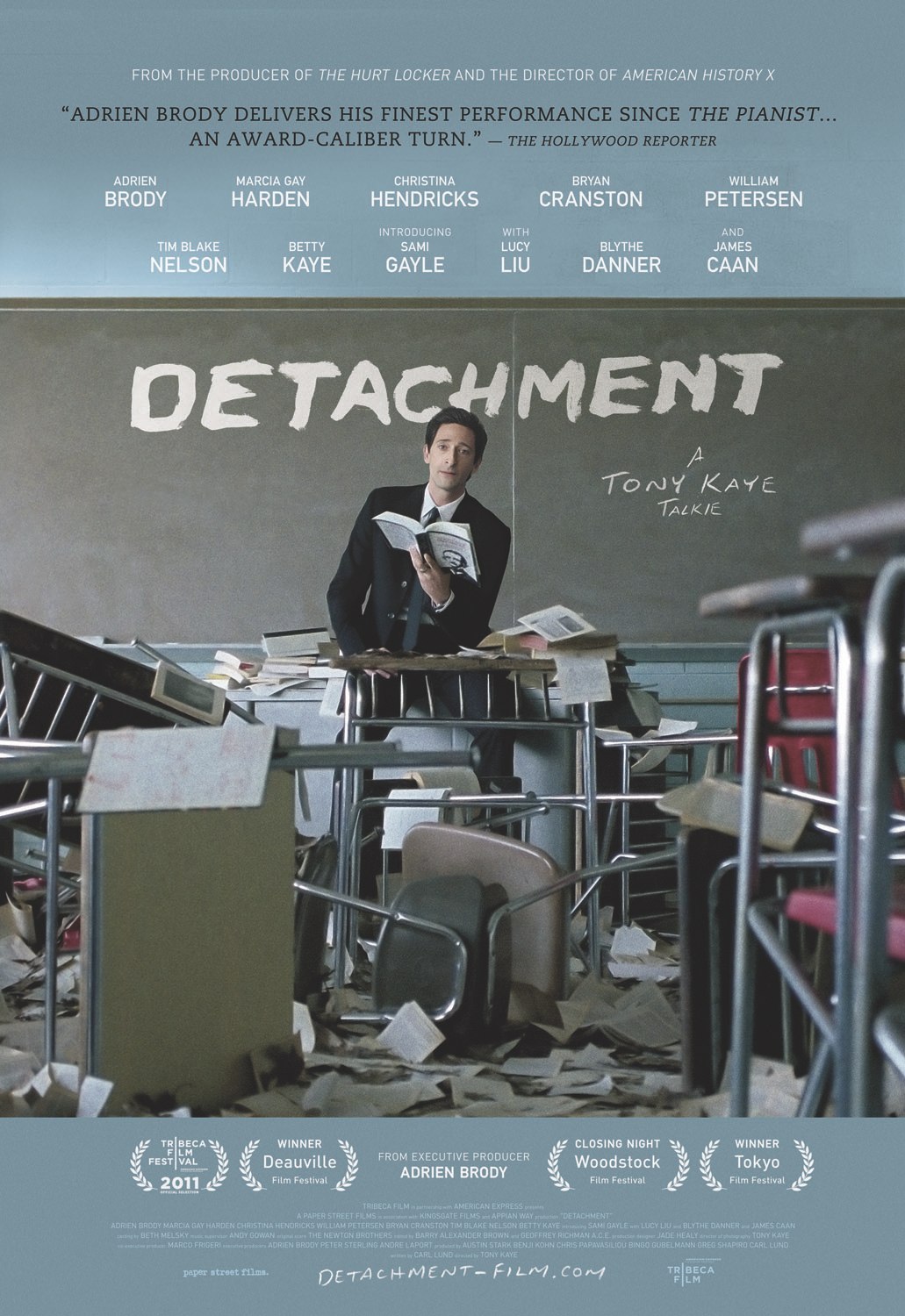