There've been updates about The Paperboy's casting for awhile, but only now do I realize the gravity of what's occurring. Um, wow: Nicole Kidman and Zac Efron are sharing a screen! And John Cusack! And Matthew McConaughey, for the hell of it! And -- what now? -- Lee Daniels is directing! They should call this quaint tale Extra Precious: Based on the Cutie 'Zac' by Efron. Synopsis and impressive poster after the jump. 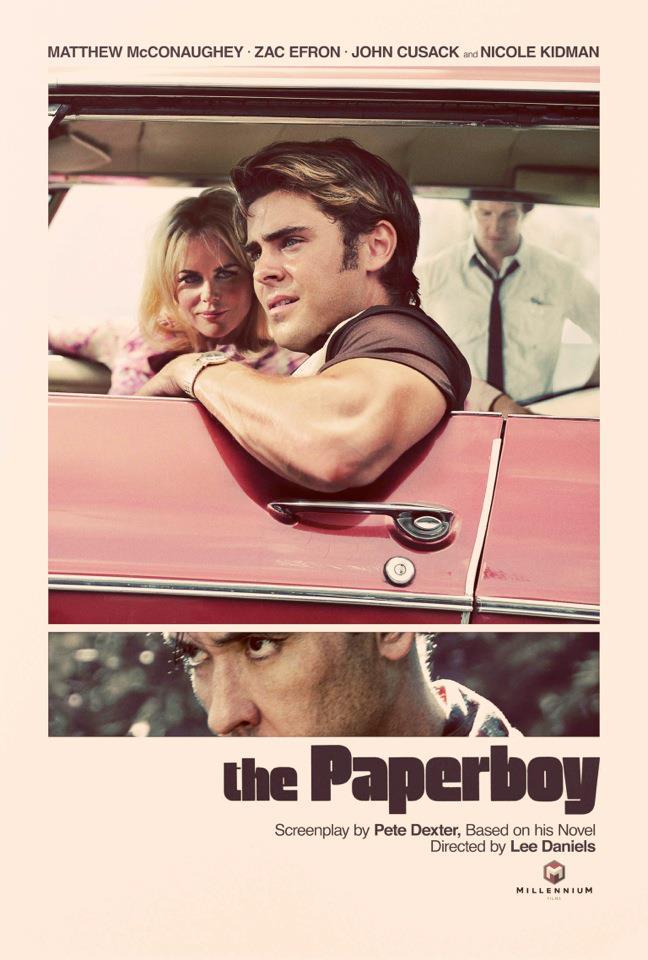 Downright old-fashioned and sharp. Reminds me of Young Adult's evocative cover in coloring and detail. From a distance, Mr. Efron's cheeks look a tad more pregnant than they usually do. I know what you're thinking, and let me assure you: I'm the father.

The Paperboy concerns a reporter who returns to his hometown to save a man on death row, though he's derailed by the romance he strikes up with the inmate's lady friend. I have the feeling we won't get a juicy character study worthy of Nicole Kidman's involvement in this movie, and that sucks because I'm still reeling from Rabbit Hole. Still, I'm in for Zac Efron's sacred facial architecture. He's like a cathedral of tawny hotness.