On Bella's Desire and Beyond: Going Deep on Breaking Dawn with Twilight's Melissa Rosenberg 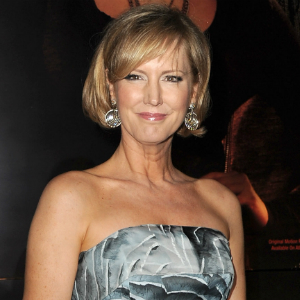 Throughout the Twilight franchise, one screenwriter has adapted author Stephenie Meyer's bestselling book series about a teenager and her love for a vampire for the screen: Melissa Rosenberg. It's a tricky job, balancing the desire to satisfy fans with the need to make Meyer's 500+ page-novels cinematic, all while transforming heroine Bella Swan (Kristen Stewart) from unsteady teen to self-possessed woman. But in Breaking Dawn - Part 1 Bella finally is an agent of her own destiny, her senses awakened, and her choices confident. Was she, as Rosenberg insists, an active heroine under the surface just waiting to spring into action all along?

The topic of Bella's long-criticized status as a passive heroine (as written by Meyer) was just one of many Movieline dove into recently in an extensive chat with Rosenberg. (Also discussed: That honeymoon! That vastly improved acting! The virtually unfilmable events of 2012's Breaking Dawn - Part 2!) Arguably the best-crafted installment in the series, Breaking Dawn - Part 1, which opened to $139.5 million last weekend and earned the #5 spot among the all-time biggest openings of all time, marks a promising beginning of the end for the Summit franchise; meanwhile, Rosenberg turns her attentions to fostering stronger roles for women through her production company and upcoming television projects. Read on for more.

Critics have long criticized Bella Swan for being a passive heroine, but in Breaking Dawn she most clearly seems to take charge of her life. Did you see this installment as an opportunity to show her as more of an active agent in her own destiny?

I think in the film versions of Bella, she's fairly proactive even from the start. That's at least been one of my primary objectives, to shift her into that role.

In Breaking Dawn that's more obvious, because she seems to finally know and assert what she wants -- in her choice of men, in her sexuality. It feels like she becomes a woman in Breaking Dawn, whether it's through these specific rites of passage -- the wedding, the loss of virginity, the childbirth. By the time we get to the honeymoon, she wants to have sex, and she's the aggressor.

I've always loved that about Bella. She's desirous. She pursues Edward in that way; he's the one who saying, "No, let's hold off..." I love that. In some ways, this is terrible perhaps, it gives girls permission to own that for themselves as well.

Along those lines, Breaking Dawn is fairly intense for the younger side of the fandom; by now, girls who were tweens and younger teens at the start of the franchise have grown up with it, but you've got sex and the desire of sex and the repercussions of sex -- pregnancy, even the debate over abortion... are these rather intense subjects for young girls to take in?

Yeah, there's a lot to process. I think particularly in this movie, which is PG-13 -- it's really PG-13. Parents really need to think about it, if [their children] are not 13. It's a very grown up movie, a grown up story with some very adult themes. It's emotionally complex, and, you know, it's about a marriage. Marriage is hard work!

I'm somewhere in the middle of the Twilight demographic so these themes aren't so alien to me as they might be to younger viewers - but then, aren't these kids watching shows like Teen Mom on MTV anyway?

Maybe, and as you said earlier I think they've grown up with this character and they've gone through her journey to get here. And the movie in itself is a journey; she begins as a girl leaving home for the first time and getting married. The wedding, as you said, is a rite of passage. Having sex for the first time... you're sort of drawn into it and taken along on her journey.

Which scene did you find was most difficult to hammer into shape, or to get absolutely right as you were writing it?

There were a number of them, but some of the harder stuff was when Bella comes back and Jacob sees her for the first time, fully pregnant, then sits down with her to try and convince her not to go through with it. That was very, very hard; you're talking about really complex emotions and conveying Bella's point of view, Jacob's point of view... there was a lot going into that scene and those similar to it. Those took a number of different drafts.

In comparison to the previous films in the series, Breaking Dawn seems most subtle in its references to prior events or details from the book -- for example, it doesn't shove a reminder in our face of who Laurent was when his fate comes up in discussion at the wedding, and we don't get an over-explanation of why Rosalie is the one person who would help Bella defend her baby. Was that a deliberate choice?

That is why for a screenwriter to have really great collaborators is very valuable, because it's hard for me to separate myself from the material and initially I was putting all sorts of backstory in there. Then, as I start to get notes from the studio and the producers and Stephenie, and most importantly in that case, is Bill [Condon], because he is coming to it fresh. He's able to say, "You know, you don't need all of that -- the fans who know about it will get it, and the ones who have never read it, it won't matter." There are some nice surprises in the film for fans of the book; they're going to get the Laurent and Irina reference, but to anyone who hasn't read the book it just doesn't matter.

Even a brief callback, like Charlie looking curiously at the graduation caps collage in the Cullen house...

Yes! That wasn't in the book but it was a reference to the first movie.

Those sorts of things are fun for fans, and yet they're thankfully integrated into scenes without being hammered home.

Right -- well, that was a product of much honing, because I started by overexplaining a lot. [Laughs]

How was working with Bill different than your previous collaborations with Catherine Hardwicke, Chris Weitz, and David Slade?

You know, all four of them have been wildly different in their processes, and I've been very fortunate that each one has been not only very talented but actually a nice person to work with. [Laughs] I actually personally like each one of them. And Bill, as with them all, was very different. Bill is an Academy Award-winning screenwriter himself, so my experience has been that he approaches everything as a storyteller. I don't want to in any way lesson my experience with the other directors, but Bill probably is one of the best creative collaborations of my career, which is saying a lot -- I've been doing this for two decades!

Why do you two work so well together?

He is a screenwriter and speaks the same language. His process is very similar to mine. So he was able to create the room for me to do my best work, as best as I could, and to support it and be there as a sounding board; he had countless ideas. He's woven into every line and scene of that screenplay, and yet he gave me ownership of it, he allowed me to bring everything I could to it. That's a very unique gift as a director. It really is the ideal collaboration. It's something every screenwriter would hope for.

I also think it's apparent, from watching Breaking Dawn, that Bill was quite good working with his actors.

Very clearly. I think they're better than they've ever been.

What's your perspective on why the cast has progressed through the past three films until now?

I think it starts before they even get on set; not to have everything be about me, but it starts with his work with me. This story is very much character drama. It's not the big, epic storytelling of New Moon and Eclipse. This is a really personal, intimate story about a girl's coming of age, about a marriage. Hence, I was actually looking forward to writing the fifth movie because it's all cool action and new characters. I was like, "How the hell am I going to do this?" Bill was actually attracted to this one because he loves that kind of storytelling. I think in some ways it goes back to his Gods and Monsters days. So he just kept on pushing me to go deeper and deeper into the characters and their conflict, pulling back the layers, so before the actors come onboard he's already pushing me to really give them something to play. A lot of his work is just bringing me up, and then the actors get onstage and he's already embodied what he wants and needs from them, and can guide them in a really masterful way.

Let's talk honeymoon. Obviously I enjoyed what sexytime we saw within the PG-13 rating, but fans were hoping that somewhere out there was an R-rated version of the scene. The holy grail of Twilight fandom! How did you walk the line, even in conceiving the scene, in terms of how far you should go?

[Laughs] For me, the important aspect of that scene is the story of this consummation of this epic love story - the connection between them, the chemistry between them, the intensity is what delivers. Then it lands in Bill's lap, in his capable hands, to really shoot that and direct that in a way that delivers. He made a choice early on that I wrote toward, which was an idea of his, to play a lot of it in flashback. So it's very funny; they go to bed and the audience is going, "What?! That's it?" Then he plays back a lot of it in this really wonderful flashback moment. I thought that was great, it really gets you inside Bella's experience of the night.