A hyper-stylized, genre-mashing fantasy actioner involving cowboys, samurai, and an axe-wielding Ron Perlman with dreadlocks isn't exactly what you might have imagined in a film with a title like Bunraku, named for an obscure, 300-year-old form of Japanese puppet theater rarely performed these days. But that's the film director Guy Moshe made -- starring Josh Hartnett, Demi Moore, Woody Harrelson (Indecent Proposal reunion!), and Kevin McKidd as a dapper, Fred Astaire-like cold-blooded killer, no less -- and you've got to give him credit for his ballsy vision.

Bunraku unfolds in unabashedly theatrical style to tell the tale of The Drifter (Hartnett) and Yoshi (androgynous Japanese rock star Gackt, in his international acting debut), two men who arrive in town in a dystopian fantasy future with a shared goal: Take revenge upon Nicola (Perlman), a ruthless local warlord. Blending extensive practical sets with CG, the film has a visual style that's part 300/Sin City, part West Side Story, and as you can tell from Movieline's batch of exclusive images, that flair flows down to the character design, lighting, and staging. 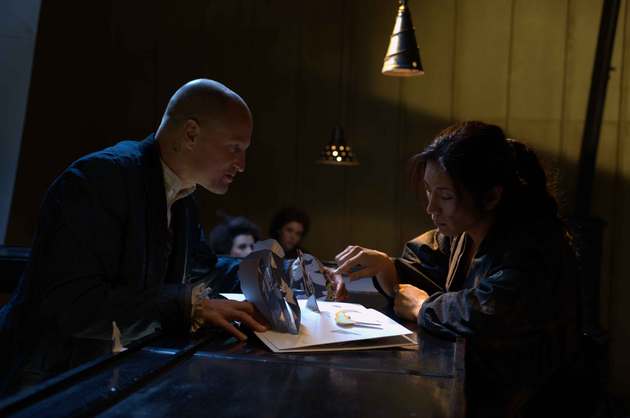 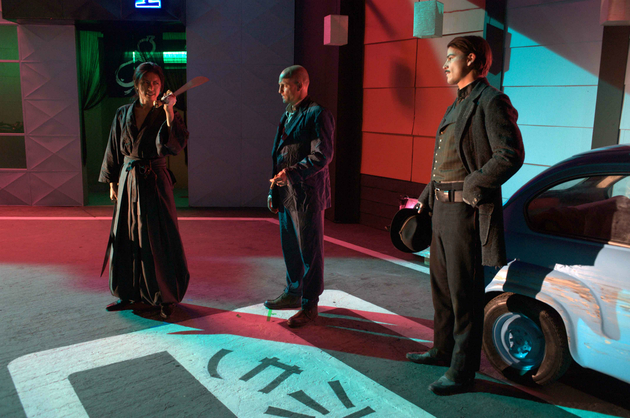 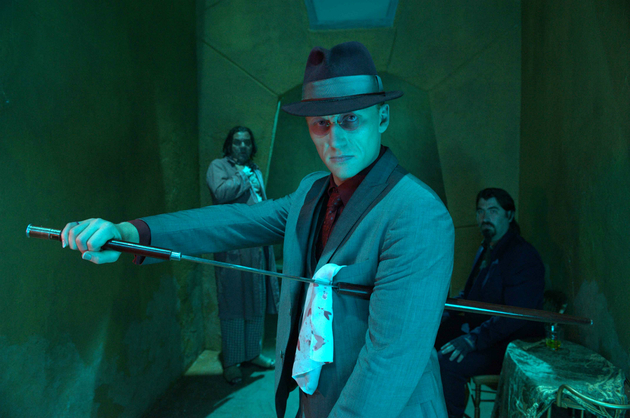 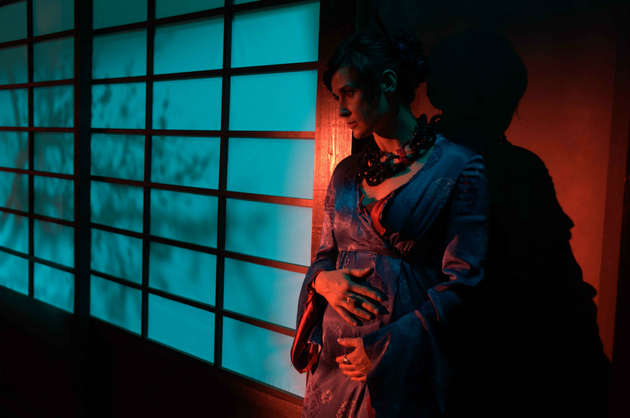 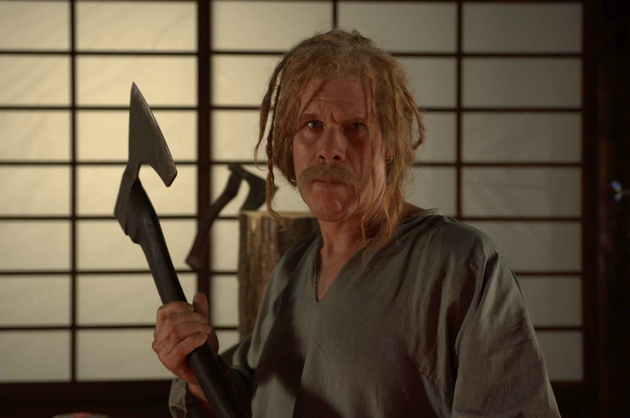 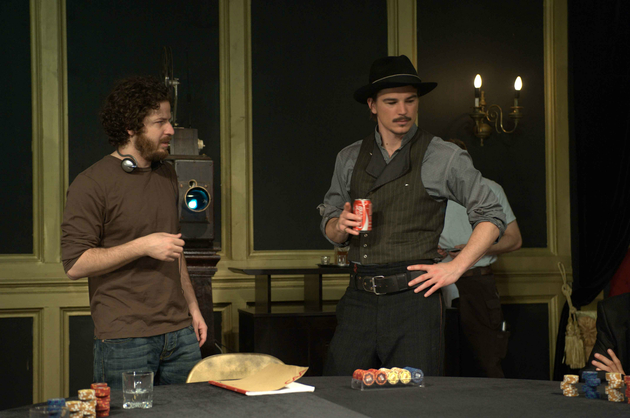 A mysterious drifter (Josh Hartnett) and an ardent young Japanese warrior Yoshi (Gackt) both arrive in a town that has been terrorized by outrageous and virulent criminals. Each is obsessed with his separate mission, and guided by the wisdom of The Bartender (Woody Harrelson) at the Horseless Horseman Saloon, the two eventually join forces to bring down the corrupt and contemptuous reign of Nicola (Ron Perlman), the awesomely evil "woodcutter" and his lady Alexandra (Demi Moore), a femme fatale with a secret past. This classic tale is re-vitalized and re-imagined in an entirely fresh visual context, set in a unique world that mixes skewed reality with shadow-play fantasy, a place where even the landscape can betray you. Heroes triumph here only because the force of their will transforms and transcends both space and time. The world of BUNRAKU is past and present, fantasy and reality, Samurai and Western all combined. Like SIN CITY and 300, it gives classic conflict a whole new graphically supercharged dynamic. Resonating through a wide range of cultures and showcasing a mind-blowing array of martial arts disciplines, BUNRAKU is a fresh arena for breathtaking fight action.

Bunraku is available on VOD starting September 1 and will hit theaters in limited release on September 30.