Why Yes, Sigourney Weaver Would Like to Do Another Aliens Movie 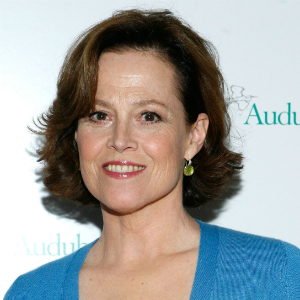 Here at Movieline HQ we clearly worship at the altar of Ellen Ripley. Who doesn't? Partly because Sigourney Weaver's sci-fi heroine rocked our socks in (most of) the Alien films -- hey, Alien Resurrection wasn't her fault -- and also thanks to the fact that no woman has come close to achieving her level of badass in the movies since, another Ripley-centric Aliens sequel sounds like a plum idea. And Weaver herself agrees.

Speaking with Moviefone on the occasion of the 25th anniversary of Aliens (read S.T. VanAirsdale's appreciation here), Weaver confirmed her interest in reprising the role of Ripley in another film. The bad news? She doesn't really think Hollywood's ready for a sexagenarian lady action hero.

Asked if she thought there would ever be another Ripley film, Weaver was skeptical. "I doubt it just because the way the industry is," she said. "While I can't speak for them, I think for Fox, once you're sixty, you're not going to be starring in an action movie. I think it's too bad that that's the case."

"I would have liked to do one last story where we go back to the planet, where Ripley's history is resolved," Weaver continued. "But I do feel like her story is unfinished."

After starring in four Alien films (including series highlight Aliens, which earned her a Best Actress Oscar nod), Weaver left the franchise as it moved into cross-over territory with the Predator films. She still keeps tabs on the franchise, and other projects have kept her busy enough that she probably won't be aggressively pitching Fox herself for another go. But Weaver does sound completely down for another Ripley outing, should it come to pass.

"If I was really caught up in it, I would find a logical story and try to get them behind it," she explained. "But she may just be left circling earth."

"I could definitely kick that alien's ass again. [Ripley]'s a smart hero, it's the way she thinks, but just looking at the way the business is..."