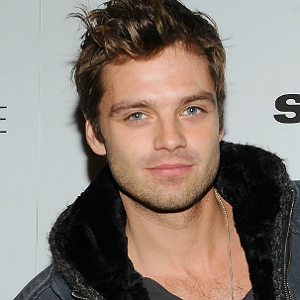 After auditioning "five or six times" for the role of Steve Rogers, a/k/a Captain America, 27 year-old Sebastian Stan didn't get the gig. But he did get a call to discuss a different iconic character in the WWII-set Marvel comics blockbuster: James "Bucky" Barnes, Cap's best friend, sidekick, and, in Joe Johnston's big screen adaptation (in theaters Friday), a soldier who could potentially undergo big changes in future Captain America sequels.

In the original comics Bucky served as Captain America's trusty young sidekick, but Johnston's film envisions him instead as the strong, suave BFF who protects the scrawny, awkward Steve Rogers (Chris Evans) before a military experiment transforms Rogers from underweight underdog to beefy superhero. Once his friend becomes a Nazi-crushing super man, however, Bucky finds their roles reversed -- laying the groundwork for Stan to potentially explore different sides of Bucky in future sequels.

Movieline spoke with Sebastian Stan about what sold him on Bucky ("I was introduced to the Winter Soldier idea and so on, and I found that super exciting"), why he's eager to show his versatility -- and love for a certain Arthur Miller play -- after a stint on Gossip Girl, and what he remembers of his very first job playing a troubled teen on Law & Order.

What did you find were the unique challenges of playing a sidekick, and how much did you know of Bucky to begin with?

I was aware of the comic books and how fans have been introduced to Bucky, so I definitely wanted to respect that. I didn't want to piss off the fans. If they like certain things about it you want to honor it, the character's been around for a while. So I was aware of that, but at the same time I was being directed to go a certain way with it and that instinctively felt right to me.

Were you aware of what comic book fans call "The Bucky Clause," or was Bucky pitched to you based on his later retconned appearances in the comics?

I kind of was aware of it, but I was introduced to the Winter Soldier idea and so on, and I found that super exciting. The fact that they brought him back, I guess, only a decade ago... it just sets up the storyline of the two of them in a more interesting way. I think Chris [Evans] and I were very conscious of this and we wanted it to happen that fans get this out of the film -- we wanted to make sure people understand how much these two looked out for each other, and how much they care about each other. They were each other's only family.

They clearly love each other, which is a beautiful element to their friendship. They have this role reversal where at first Bucky looks out for Steve before his transformation into Captain America and then later it switches, but throughout it all there's no jealousy, no conflict.

Yeah, these are two people that really care for each other, but at the same time they grew up together and have their own competing thing. The dynamic changes a little bit when he becomes Captain America, but it's always about the two of them. I think down the line it'd be interesting to see the two people that really cared about each other actually want to try and kill each other. [Laughs]

Can you say how many movies you signed on for?

[Smiling] It's irrelevant. [Note: According to initial reports, Stan could be on board for as many as six films.]

So much mystery. Fair enough. When you initially auditioned, you went out for the Steve Rogers role. What was your reaction when they approached you to play Bucky instead?

It was really funny because I thought it was over! I thought, "OK, I didn't get the role and that's it, so let's move on." And at the time I still hadn't read a script, so when they called me to have a meeting with me, I sat down with Kevin Feige and Stephen Broussard, I was listening to them and they were telling me this whole story about Bucky and I was getting excited. "Yeah, that's sounds amazing!" Because I didn't read the comic books for the audition, I wanted to try and stay as unfiltered and uncensored as possible and then go back. So they're telling me about it and the whole time I'm just like, "Should I be like, 'Yes?'" Then obviously they told me that they were interested in that idea with me, and I've always felt that characters that aren't perfect or are a little bit flawed or are have a tendency sometimes to go towards the bad are interesting to me, so I was open to that if that's where it was going to go.

Is that a hint about Bucky's future in the franchise?

No! I'm just talking about how Steve Rogers is such an embodiment, he's got such an unbreakable moral, ethical code that he lives by, and that is also interesting in itself. But what I liked about Bucky while we were discussing it was that to me, what we were getting at was that it was still about a man that was ultimately trying to figure out what he wanted in life. He grew up in the army, he was an orphan, his dad died in an accident, on a military base, all he knows is he's supposed to fill his father's shoes and do the right thing for his country.

And in any other story, this Bucky might be the hero.

Yeah! But at the same time, there were thing in the comic books where they would go on missions and Captain America would have to embody that leadership, the cause per se. And Bucky would end up doing the dirty work that would go unmentioned. There were things about it that really kind of appealed to me. I thought, this is nice; this guy is conflicted. He knows some things that he grew up with, but he's constantly asking himself. And he obviously doesn't have a choice by the end, because he feels like he's got to protect Steve.

Your previous work is interesting because a lot of folks know you from Gossip Girl, but few probably know that your roots are in theater. Soon you're doing a film version of A View from the Bridge, which your co-star Hayley Atwell coincidentally performed on stage.

I know! We both share our incredible love of that play. I've always been obsessed with it and she had played it, they're such interesting characters. The character I'm going to play is so different than anything I've ever done, he's this naïve, innocent, bright, all-embracing young Italian -- like straight off the boat, he just loves life and is a little bit like a kid in a way. He's just so grateful, he comes to this country from nothing, so everything to him is beautiful. He's kind of like Roberto Benigni. [Laughs] But I'm excited to play something like that. I fear sometimes that people sort of see me a certain way from some of these roles, and I can't wait for the opportunity to be like, "I'm such a dork!" Really, really -- I'm such a dork. I just pretend to be cool.

Do you feel like it took getting to a certain point in your career to be able to make choices like, say, an Arthur Miller adaptation?

It started being a little more like that now, but it's always been like, hey -- I know it's hard to get the job. You get the job, you're grateful for the job. But it's starting to be that way, and of course once you have the luxury... now you're like, people think that or they think this, so let's try and give them another idea of something. I feel like once you get to have the power to get to do that, it's really cool.

**Looking at your varied past credits, I have to ask: What kind of director was Fred Durst to work with? [Note: Stan appeared in The Education of Charlie Banks, directed b Durst.]**

I'll tell you one thing about Fred Durst: I have so much respect for the man. He hadn't directed anything at that point, film-wise, but he was so committed and he knew so much what he wanted. He's a bull, and I mean that only in the best of ways. As a captain of a ship, a director, you definitely want to follow that man. He's extremely determined and what I learned from him the most was, trust yourself and have the confidence and balls to, if you want to do something, then go ahead and do it. If you want to make this choice on the next take, then just do it, don't ask me. Then, it's either "Yes, it's great," or "No, try again." He let me improv and do a lot of things. He gave me confidence in myself, so I respect him for that.

Lastly, what was the most valuable lesson you learned from working on Law & Order?

[Laughs] I remember just always crying. There was always crying! I just remember I was a sophomore and I'd never really worked on anything, and I showed up listening to my iPod and doing stretches. So maybe the discipline.