'Isn't it Awesome?' Elijah Wood on The Hobbit and Lord of the Rings 10 Years Later 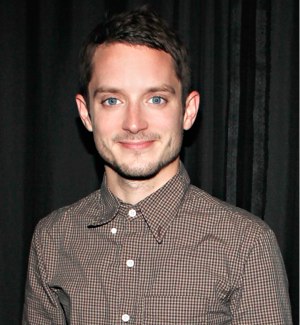 Elijah Wood has a new hit on his hands in Wilfred, the offbeat FX comedy about a depressed young man's relationship with the canine next door -- whom he happens to visualize and converse with as a dude in a dog suit (played by the show's co-creator, Jason Gann). Wilfred debuted last week to 2.6 million viewers, the network's highest ratings ever for a comedy premiere. Not bad at all, but it has a ways to go before catching up with the other phenomenon in Wood's life.

It was a decade ago this summer that Wood and his ensemble castmates rejoined director Peter Jackson in New Zealand to shape up The Fellowship of the Ring -- the first installment of a Lord of the Rings franchise that would go on to earn nearly $3 billion globally, win a total of 17 Oscars and leave an indelible impression on the careers of everyone associated with it. Wood spoke to Movieline recently about his relationship to the character Frodo Baggins, the worldwide Rings culture that embraced him, and doing it all over again (sort of) for Jackson's currently in-the-works The Hobbit.

So we're around the 10-year mark of the whole Lord of the Rings phenomenon, and--

And how far before that had you made your famous audition tape?

Have you tried that approach since?

I've done audition tapes, but not that put-together. For that I actually went to a costume house and got some books with some illustrations of hobbits. I went to a costume house and got what I felt would fit that look. I went into the woods, and a friend of mine shot it and we cut it into a bunch of different angles so there were more fully formed scenes. I've not done that since.

You mentioned recently on the press tour for Wilfred that you while directing might interest you eventually, you wouldn't want to direct yourself. But haven't you already, in a way, with that tape?

My friend George Huang, who wrote and directed Swimming With Sharks, was the one to shoot it. I could rely on him. I didn't have to direct myself. Even looking at the footage, I just kind of put my faith in him. "What do you think the best takes are?" We just kind of cut it that way. He was great help for me on that.

I was surprised to hear just how lengthy your period of adjustment back to the States was.

How long did it take?

My mom reckons it was about three or four months -- feeling like everything's foreign, in a way. My life was so defined by that time and that place. I had a house in New Zealand, I had a car there. My life was there. And when it was all over -- this is before we started going back for pick-ups. At that point we didn't know we were going back. We thought we were finished. Going back to my home in my own town, I didn't know what to do with myself. My life had been scheduled, you know? I had a schedule, I had a responsibility to the film, I knew what my purpose was. When it wasn't that, it was socializing with the people there. And 16 months is such a long period of time; I'd done so much growing there, too. And I was exhausted, too. I was totally, fully, physically exhausted, unlike anything I'd ever felt before.

So were you apprehensive at all about having to go back to it every year for three years -- plus press tours, premieres and the like?

That was actually a joy. That was a total joy. I think it was April or May of 2001 that I got the first call that I was going back to New Zealand for pick-ups. I was elated -- so happy to go back and visit everyone again and be back in New Zealand for a month. I was excited. So we got used to the construct that we'd be going back. We thought, "OK, we'll be going back next year and the year after that as well." We got used to that.

They always say that's the job -- that's what you're paid for in the end.

That's the job. But our press schedule was intense; it certainly was the largest press tour -- all three of them -- that I've ever been on. It was still filled with fun, because it was our group of people. It was Peter and all the cast, or any number of the cast who was available to travel. Those experiences were a lot of fun, too: Going to Japan -- twice -- for Lord of the Rings, never having been to Japan before. Different parts of Europe where we went to screen the film. It was extremely exciting.

The last set of pick-ups were the hardest because we knew we were really having to say good-bye to it. We had lulled ourselves into a false sense of security that we would just keep doing this every year. But ultimately it did have to come to an end. And that last set of pick-ups in 2003 was having to accept that we wouldn't be coming back to New Zealand to work on the films anymore. It was hard. It was rally hard -- especially after principal photography's done, and you get used to coming back for these little bits and pieces. It was difficult.