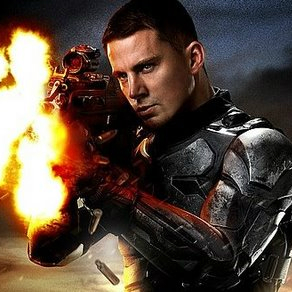 Director Jon M. Chu is one of the few working filmmakers with an intuitive grasp on filming in 3-D, as evidenced by his dynamic visuals in Step Up 3D and Justin Bieber: Never Say Never, so the idea of a G.I. Joe sequel released in 3-D actually sounded promising. But Chu always said he'd rather go 2-D than rush a post-conversion on the action sequel, and a report today suggests that's just what will happen.

Collider's Steve Weintraub reports that G.I. Joe 2, which has a fixed release date of August 10, 2012, will begin filming in a few months in New Orleans and will be shot in 2-D, with no plans to convert to 3-D. This suggests that Chu and Paramount agreed where 3-D is concerned, opting to release the film in 2-D in lieu of compromising with a 3-D release just for the sake of 3-D.

The clunkiness, cost, and time delays involved in shooting in 3-D were acknowledged the other night in Paramount's chat with Michael Bay and James Cameron, who agreed in their love for 3-D filmmaking but differed in their frustrations with the format's equipment, as currently available. Cameron assured Bay that advances are being made to make 3-D camera rigs more versatile to use, and that the average $30 million additional cost of releasing a film in 3-D is worth the added boost in returns.

It's interesting that Paramount, home to both the Transformers and G.I. Joe franchises, is split over the 3-D issue. The limited production window is probably a large factor, among others, given that Bay himself spent seven months scouting FX houses alone and says he gave them more of a lead time to work on the 3-D than most studio productions allow; perhaps with Chu and G.I. Joe 2 such allowances weren't feasible.

Chu's thoughts on the issue, from back in April:

"I really want to do it in 3-D, but the decision hasn't been made yet. A lot of factors go into that, which I think it's good to have a big discussion about. I think it's going to be perfect for it, but there are other factors that are built into it -- how it slows you down, things like that. But I could try some other things if it wasn't in 3-D; it would change my whole view of how I would make this movie, so we're trying to figure it out. But if we do it in 3-D, there's no way in hell I am dimensionalizing it. I mean, dimensionalizing can work if you have the time and you have the money. But studios don't want to put in the time or the money, so what's the point? There always going to shortcut you, so why put yourself there?"

· G.I. JOE 2 Update: Starts Filming This August in New Orleans and It's Not in 3D [Collider]