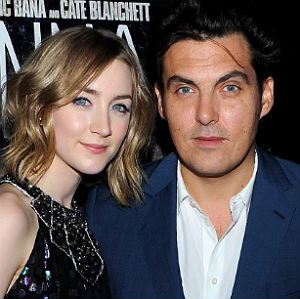 BAFTA-winning director Joe Wright could have stuck to his bread-and-butter area of expertise, the lush period drama, a domain in which his films have notched multiple Academy Awards just six years into a feature filmmaking career. But after making Pride & Prejudice, Atonement, and the subsequent misfire The Soloist, Wright flipped the script and re-teamed with the teenage actress he'd previously directed to an Oscar nomination -- 16-year-old Saoirse Ronan -- on Hanna, a dizzyingly kinetic action film about a girl assassin on a mission of self-discovery.

The resulting film is a distinctive modern fairytale with a young heroine (Ronan) as innocent as she is deadly, trapped in a world culled from equal parts bedtime stories and Bourne films. (Read Elvis Mitchell's review here.) Raised in the wilds of Finland and taught by her father (Eric Bana) to trust nobody, strike with precision, and memorize the name of an enemy she's never met (Cate Blanchett), Hanna is a feral weapon of mass destruction -- until, finding friendship and seeing the world for the first time, she discovers her latent humanity.

Wright pulls the pieces together with aplomb, guiding Ronan to yet another stunning performance. Movieline sat down with the director to discuss the challenges of making his first action film, the secret to Ronan's talent, the relationship that got The Chemical Brothers to score the film, and how Hanna represents his attempt at counteracting the "misogynistic and misanthropic, and kind of gun-loving, Republican bullsh*t" action films that otherwise dominate at the multiplex.

Hanna is quite a stylistic departure from your last three features. Did it spring at all from a desire on your part to show or explore a different side of yourself?

What seemed so daunting about tackling Hanna?

How do you teach yourself to shoot action, then?

You hire a guy called Jeff Imada. [Laughs] He's this extraordinary fight choreographer. You listen to him very carefully... and then you do it your way.

In addition to the action in Hanna, it's just a revelation to see this side of Saoirse. You obviously realized her preternatural maturity in Atonement, but what indicated to you that she had this killer edge?

I think Saoirse can play anything, really. I really think she can do anything. I was reading someone recently who believed that belief is a talent, like one might have a talent for painting, or a talent for writing. Belief is a talent, and it's a talent that the Russians are particularly endowed with, and I think it's possibly a talent that the Irish have, too. I think that she has this strange belief, and I don't mean religious belief, obviously, coupled with a kind of extraordinarily powerful imagination. Her imagination is just a dramatic imagination -- just as a composer needs a musical imagination, an actor needs a dramatic imagination. And those two things create in her this wicked talent that is just nothing like I've ever seen before, really.

And she was actually attached to the film before you came on.

Yeah, she brought me onto the film. It's all her fault. I told her that in Finland at minus-29 degrees, with a dead deer. "This is all your fault."

So Saoirse brought you onto Hanna, but you, in turn, enlisted The Chemical Brothers to create the film's amazing score. How did you first meet them?

I knew them -- I'm kind of slightly terrified to tell you that I first saw them play their very first gig in London in 1992. So that's nearly 20 years ago.

Yeah, that's right! [Laughs] I was at art school at the time and they played a club called Ra Ras which was above a shoe shop in north London, and I became a kind of friend-slash-groupie from then on, really. It was one of the seminal nights of my musical life. And so I've been wanting to use a contemporary score, and in particular a score by The Chemical Brothers, for a long time. I didn't have much of an opportunity with Pride & Prejudice and Atonement. [Laughs] And then when I finally did a contemporary film, it was about a classical musician! So this was like, as soon as I read the script I thought, "OK, The Chemical Brothers have to do this." It was lovely to work with a proper bit of bass. The full dynamic sound range was very exciting.

Did you work together to shape the themes they incorporated into the score?

Very much so. They wrote a couple of the piece prior to shooting so that we were able to play the music on set while we were filming, and then we worked very closely throughout the whole of post-production to create a kind of unified audio-visual experience.

The idea of a young woman or a teenage girl becoming an assassin has been explored in other very different films, but were those genre precedents in mind when you took on your telling of this story?

To be honest, when we started making the film none of them had come out. So we didn't know about Kick-Ass; I think it was still shooting when we were in pre-production. Salt came out later, and obviously Sucker Punch was much, much later. So I thought I was being rather original!

Even going a few years farther back, there's The Professional.

The Professional was a reference. And that kind of felt like it was far back enough not to be a problem. But in The Professional, [Mathilde] actually wasn't the assassin. So it felt like it was kind of exploring new ground. But I guess that's what they call zeitgeist, or something. One discovers that. The same thing with the fairytale elements. I was really excited about doing something with fairytale ideas and iconography and then I find that there are quite a few films at the moment that have fairytale roots, if you like. But hopefully Hanna somehow defies genre categorization.

Were there other cinematic influences that you can name that went into Hanna?

Probably because I'm European, my references are Euro-centric. Looking at French thrillers, Leon is possibly the most commercial, but films like Diva and Boy Meets Girl. So looking at a kind of European aesthetic rather than an American one. You know, in the styling of Cate Blanchett's character, for instance, I loved this idea of a kind of Wicked Witch in a pencil skirt, kind of both sexy and terrifying at the same time.

The timing of Hanna and Sucker Punch makes for an interesting juxtaposition; how do you see the feminist messaging in the two films in contrast to one another?

For me, one of the main issues in terms of womens' place in society and feminism is the sexual objectification of women. That's something that feminists in the '70s tried to fight against but has been totally lost in the 21st century consumer-celebrity world. So for me, when I look at the poster for Sucker Punch it seems actually incredibly sexist, because it is sexually objectifying women regardless of if they can shoot you or not. I have a kind of immediate, knee-jerk reaction to such iconography. I remember when the Spice Girls came out in the mid-'90s and it was all about girl power, but one of them was dressed as a baby doll, do you know what I mean? That isn't girl power, that isn't feminism. That's marketing bullsh*t. And I find it very, very alarming. (More on the Sucker Punch-Hanna debate here.)

The MPAA rating on Hanna is PG-13, and one of the reason listed seems to be sexual content. [From the MPAA's Film Ratings website, Hanna is rated PG-13 "for intense sequences of violence and action, some sexual material and language."]

I wondered if you'd had any struggles with the MPAA, either with the violence or in regards to the kiss scene between your two actresses.

I don't think so with regards to the kiss. [Note: The sexual material citation is likely due to a scene in which adult characters are overheard having sex off-camera.] Obviously the line that we were skipping 'round was violence and obviously a young person holding a gun and all of that kind of stuff, so there was some discussion about how far we could push things. But really, we kind of found ourselves in a satisfactory place where I didn't feel like the film was compromised for that rating -- and in fact, I was keen for that rating to be achieved, because I wanted to reach an audience who might identify with Hanna and be the same age as her. I think that the action genre is a very interesting one in terms of its place in a social context. I think that Paul Greengrass showed us with the Jason Bourne films that it was possible to make an action movie with a social conscience, a political-social context. You know, it's not an accident that the journalist in the third film is writing for The Guardian newspaper. And so, I was interested in making such a film, because most action films that I see are misogynistic and misanthropic, and kind of gun-loving, Republican bullsh*t. And that concerns me because those are the films young people are going to see.