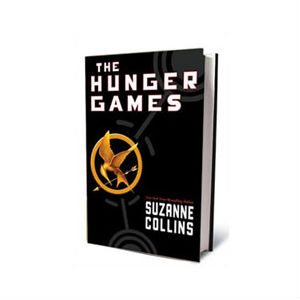 Alright, Hunger Games fans. After director Gary Ross defended the choice to cast blonde, curvy Jennifer Lawrence as the underfed brunette Katniss Everdeen in Lionsgate's adaptation of Suzanne Collins' beloved dystopian novel series, it seemed imperative that Collins explain her position on the matter herself. Today, she finally took to the interwebs to officially throw her support behind the casting move. But is her letter enough to put Hunger Games fan concern at ease?

In an open letter obtained exclusively by EW, Collins assured fans that Lawrence was the only actress of all who auditioned who could capture the internal qualities of the role:

We have found Katniss.

As the author, I went into the casting process with a certain degree of trepidation. Believing your heroine can make the leap from the relative safety of the page to the flesh and bones reality of the screen is something of a creative act of faith. But after watching dozens of auditions by a group of very fine young actresses, I felt there was only one who truly captured the character I wrote in the book. And I'm thrilled to say that Jennifer Lawrence has accepted the role.

In her remarkable audition piece, I watched Jennifer embody every essential quality necessary to play Katniss. I saw a girl who has the potential rage to send an arrow into the Gamemakers and the protectiveness to make Rue her ally. Who has conquered both Peeta and Gale's hearts even though she's done her best to wall herself off emotionally from anything that would lead to romance. Most of all, I believed that this was a girl who could hold out that handful of berries and incite the beaten down districts of Panem to rebel. I think that was the essential question for me. Could she believably inspire a rebellion? Did she project the strength, defiance and intellect you would need to follow her into certain war? For me, she did.

Jennifer's just an incredible actress. So powerful, vulnerable, beautiful, unforgiving and brave. I never thought we'd find somebody this amazing for the role. And I can't wait for everyone to see her play it.

Thank you all for sharing in this journey and may the odds be ever in your favor!

Fair enough, Suzanne. Your letter doesn't quite address any of the nagging physical and ethnic concerns raised thus far by Hunger Games casting-watchers, but point well taken; Lawrence's acting chops are what landed her the role. And ultimately, that's what will matter to most viewers once Hunger Games hits movie screens. Let's hope that, with Lawrence in place to anchor the film, Ross and Co. cast the remaining crucial roles with an open mind. But therein lies the next big question: Now that Lawrence anchors the cast and sets a clear casting precedent, could Gale -- or any character besides the specifically African-American Rue and Thresh, the only token ethnic roles acknowledged thus far -- be anything but Caucasian?