Friday Night Lights' Zach Gilford on His Big Episode, That Facebook Campaign, and the Series Finale 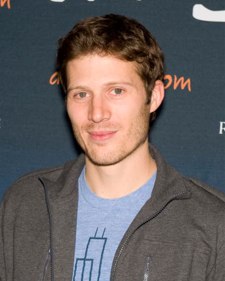 Friday Night Lights has always has passionate fans, but over the last few weeks, their fervor has been updated for the Facebook age. It's due in large part to Zach Gilford's shattering performance in the recent episode "The Son," which found his character Matt Saracen grappling with his hated father's death. Perhaps inspired by the grassroots activism that landed Betty White on Saturday Night Live, the website PopEater launched an unofficial Emmy campaign for Gilford (he'd be nominated in the guest actor category, since he went from regular to recurring this past season) and now it's become a surging Facebook petition that's brought a spotlight back to the acclaimed but underseen series.

As he films an arc of episodes for the show's fifth (and presumed-to-be final) season, Gilford rang Movieline to talk about filming the tough episode, the things we didn't see, and what the FNL series finale will (and won't) have in common with the final episode of lost.

Hey Zach. Are you in Austin right now?

I was there yesterday, but now I'm on my way to Belize to do this fishing thing for Outdoor Network. I'm pretty excited to do that, but I stopped in Florida a little bit on my way. I just want to ease into the heat of Belize. [Laughs] I started in Cali, then I went to Texas, which was brutal -- I'm not used to working in that heat anymore. Now I'll check out the oil spill, and then I'll go down to Belize.

What is it like to keep coming back to Austin for the show, but you're not exactly a regular anymore? Is it a different vibe?

No, not at all -- that's one of the nicest things. I flew in and Monica, one of our transpo people who's been with us since the pilot, was there to pick me up. She always decorates her van, she always has gum in one cupholder and chocolates in another. She gave me a big hug, and it was still the same. On set, we still have about 90% of the crew, so really the only weird part for me is those first ten minutes when you walk on set and you hug everyone and say hello.

And then it's right back to where you left off?

All my stuff was with Aimee Teegarden, who I've always had tons of stuff with, so it was just a regular day. We shot ten pages in ten hours. It was just really fun. Our crew's pretty verbal about who they like and who they don't like -- not that there's anybody they don't like -- but they're like, "It's so nice to have Zach. It feels like the show again." We played the same characters for three or four years and then a lot of us left and new people kind of showed up, and they're all good people but it's like all of a sudden, the show kind of changed. It really changed more for the crew than for any of the actors.

So you're doing four episodes in the final season?

I've done two episodes now, and I go back in three weeks to do two more.

And will one of those episodes be the actual series finale?

Yeah, it is. Coming back for this season, I was happy they asked me, but before we committed to it, I actually talked to [creator] Jason Katims about what they'd have me do. I had such a good exit, I felt, and I didn't want to come back in some way where it's just like, "Hey, let's get the old band back together," you know? But when I talked to them about the arc they wanted to do, I was really excited about it. Since I like the story, it's really cool to be a part of the end of it.

What kind of material are they giving you for the last season?

I think I play a good role in the conclusion of things. In season four, Saracen's having a hard time -- he's deciding to stay in town because of his grandma and Julie. He's always had this bond with Julie almost like he doesn't have with anyone else. She's the one who says, "You need to leave, your life needs to be somewhere else for a while" -- she gets it before he even gets it. Now, in the fifth season, she's going through a lot of hard stuff and he can be that influence in her life that gets her back on the right path. He's able to reciprocate.

I was reading your interview with Entertainment Weekly where you talked about how you loved the Lost finale. What did you get from that that you hope to get from this?

I don't think it's going to be a big "blow things up" finale. Someone was asking me the other day, "Are there going to be any big twists or cliffhangers?" Well, this isn't Lost -- there's not going to be a big smoke monster that shows up. The thing I loved about the Lost finale is that all those crazy mysteries about the smoke monster or the polar bear, there was no way to answer every question that anyone ever had, but ultimately what the show had become over six years was about these characters and their relationships with each other. I thought the finale did a great job concluding that and bringing closure to all those relationships, and that's why I kind of loved it.

In our finale, it's going to be the same thing. It's going to close chapters in these people's relationships, but at the same time, Saracen's 20 years old. Julie's 19. Everyone's still young, so it's not like there's going to be some big closure where it's like, "That's what will happen for the rest of that person's life." The other thing is that I only really know my storyline -- I haven't seen the other scripts, so I don't really know what's going on for everybody else.