WATCH: With 'Evil Dead' & 'Trance' Opening, It's Going To Be A Gory Weekend At The Movies 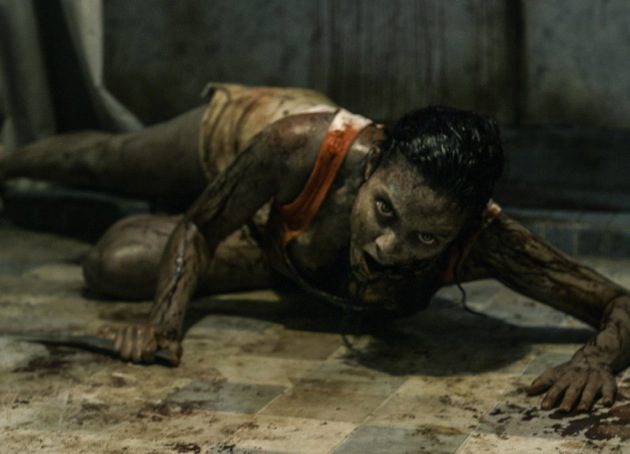 So, you think you want to see Evil Dead but you're not sure whether you've got the stomach for it?  Here's one way of gauging your gore threshold. Check out this red band clip of the cheek-cutting scene from Fede Alvarez's remake of Sam Raimi's horror classic.  Intense stuff, although not without humor: The moment where Eric (Lou Taylor Pucci) slips on the flap of cheek that Mia (Jane Levy) has removed from her cheek is a great update on the classic banana-peel gag.

How did you do?  If you couldn't get through it without throwing up in your mouth, then you should probably check out something else at your local cineplex.  How about Danny Boyle's Trance?  Oh wait, that film features a fingernail-removal scene and a moment where Vincent Cassel gets the top of his head blown off but continues talking so that a seemingly important plot point can be established. Come to think of it, that's kind of funny, too.

Trance:  Half A Head Is Better Than No Head At All