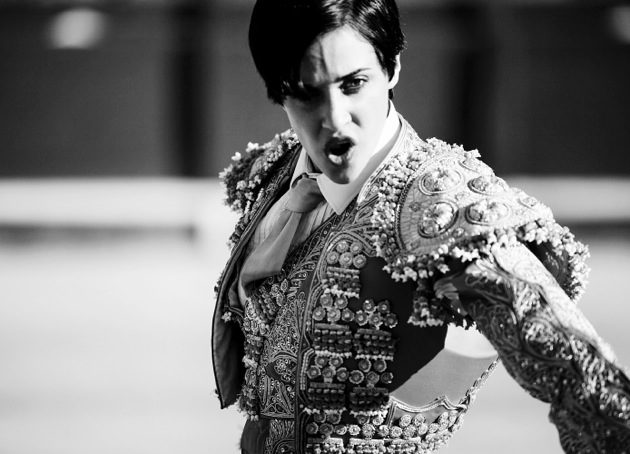 The German fairytale Snow White gets a retro reinterpretation in Pablo Berger's enchanting Blancanieves. Set in 1920s Spain and shot as a black-and-white silent film, the ivory-skinned beauty in this update (lush-lipped Macarena García) doesn't just do housework for a pack of idiosyncratic little dudes. She follows her beloved father's footsteps into the corrida to become a revered matador.

There are dwarves, however, a wicked stepmother (Maribel Verdú, from Pan's Labyrinth)  and a poison apple, although, as you can see from the clip,  Blancanieves doesn't fall for the evil trick right off the bat.