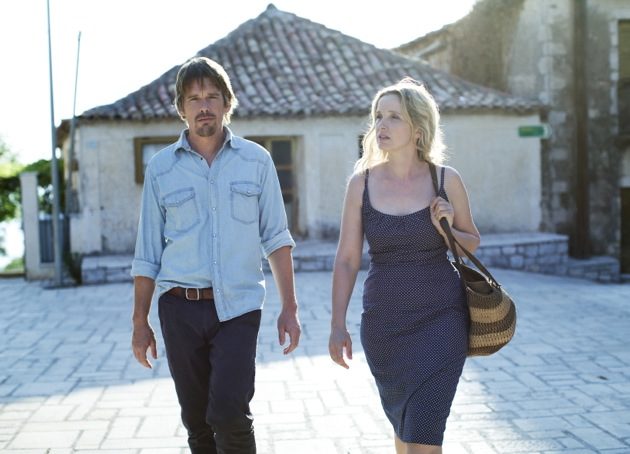 I've never been a huge fan of Richard Linklater's Before Sunset and Before Sunrise for exactly the reason that so many people adore it:  the self-absorbed dialogue and debates about life and love that take place between Jesse (Ethan Hawke) and Céline (Julie Delpy) are so authentic that I'd much prefer to engage in them myself rather than watch two actors do it for me. (I do self-absorption magnificently, if I do say so myself.)

But if you are entertained by two actors bickering about their on-screen relationship, you'd have a hard time doing better than Hawke and Delpy in this trailer for  Before Midnight. In the latest installment of their 18-year romance, Céline complains that she's "stuck with an American teenager" and Jesse calls her the "Mayor of Crazy Town." And yet, all these years later, they're still together and have two daughters in tow as they vacation in romantic, seductive Greece.

I missed the movie at Sundance — so why do I feel like I know how this story ends?

The Mayor of Crazy Town Vs. The American Teenager

Check out the trailer here: