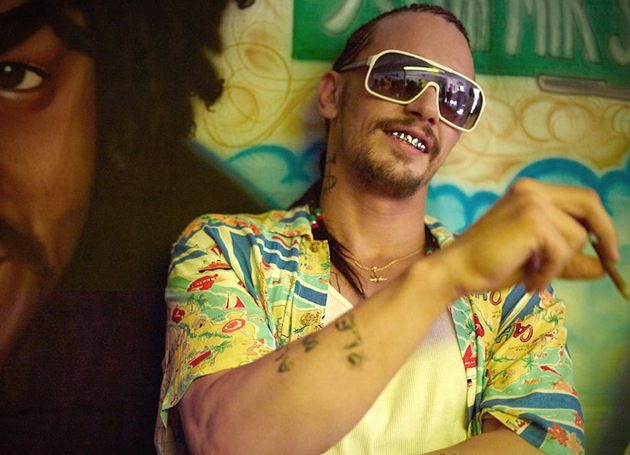 It's only Monday and James Franco is already having a good week.  And that could translate to a good week for Florida rapper Dangeruss, too.  Despite Franco's much-maligned performance in Oz The Great and Powerful, the movie was the top performer at the box office this past weekend, earning $42.2 million domestically, and the blogosphere is already championing him for a Best Supporting Actor Oscar for his work as the drug dealer Alien in Harmony Korine's Spring Breakers. Meanwhile, that picture, which opens wide this weekend, racked up the best per-screen average of the year so far — $90,000 — in limited release at three theaters.

So, how is that good for Dangeruss?  For one thing, the tattooed and dreadlocked rapper inspired the actor's meth-dealing Alien character in Spring Breakers, which is a big reason the actor is in the spotlight again. Better yet, Franco directed Dangeruss'  "Hangin' With Da Dopeboys" video below, which is featured on the movie's heat-seeking soundtrack, and that could mean that the media soon stops referring to the rapper as an "underground" artist no matter how crusty he looks.

Granted, the track and the video don't exactly break new ground, but in this digital world, good enough is more than enough to blow up.

Check out "Hangin' With Da Dopeboys," then compare Dangeruss to Franco's Alien, who's featured in the second clip.