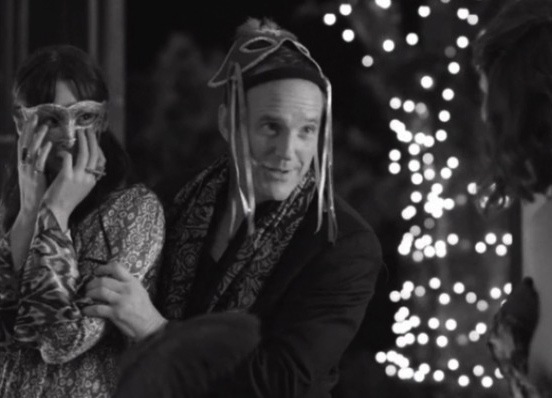 I'd love to see a Venn diagram of the intersection of two subsets: moviegoers who saw The Avengers, directed by Joss Whedon, and those who plan to see his interpretation of William Shakespeare's Much Ado About Nothing. I wouldn't be surprised if there was no intersection at all, just one big circle (The Avengers) and one little circle (Much Ado) sitting next to each other, but I give Whedon credit for taking time out of his blockbuster career — 12 days, to be exact — to make this labor of love and present the Bard in a contemporary setting.

And yet, based on a handful of viewings of this trailer, Much Ado looks self-conscious and pretentious. Shot in black-and-white and — at least on this trailer — adorned with a jazzy soundtrack, the movie looks like Whedon's interpretation of a Woody Allen film. And a lot of the actors do their scenes with a look in their eyes that says, I'm doin' Shakespeare, bitches!

Tags: clark gregg, Joss Whedon, Much Ado About Nothing, The Avengers