Katniss On The Catwalk: New 'Hunger Games: Catching Fire' Posters Are All About Freaky Fashion 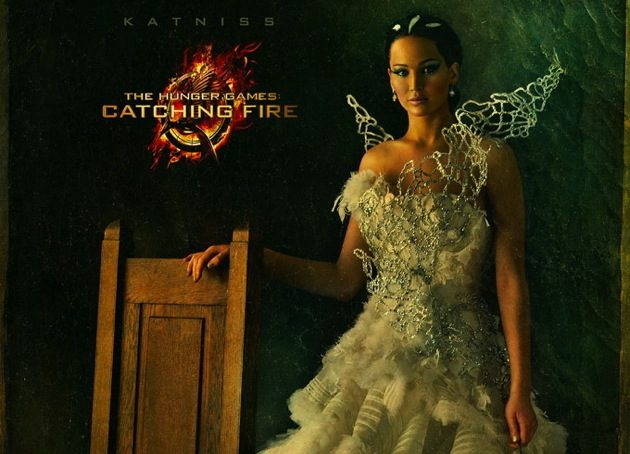 The marketing people at Lionsgate are no dummies. They clearly recognize that celebrity culture has been reduced to "What are you wearing" questions on the red carpet, and are ramping up their marketing efforts for The Hunger Games: Catching Fire with the movie poster equivalent: seven character portrait images that depict Katniss & Compay in fancy freaky fashions before the next round of adolescent-on-adolescent bloodshed begins.

Based on the images below,  the film's costume designer Trish Summerville should consider establishing a men's line (as long as she doesn't stray too far into Stanley Tucci /Caesar territory), but whoa, she'd get ripped a new one by Joan Rivers for her women's wear.  I'm guessing that Jennifer Lawrence/Katniss' winged outfit is Mockingjay-inspired, and it certainly will be mocked. Thank God JLaw didn't wear that number to the Oscars. 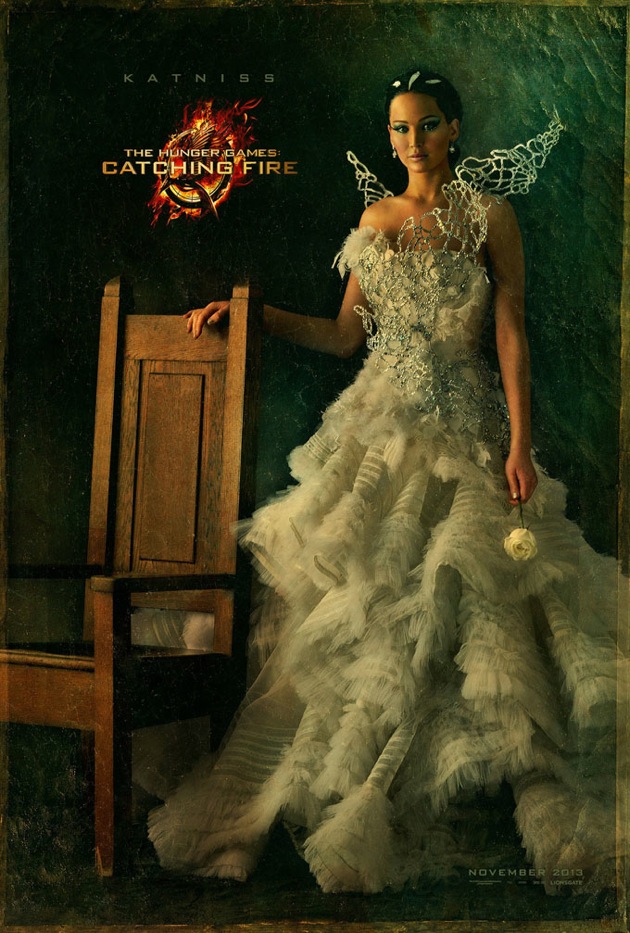 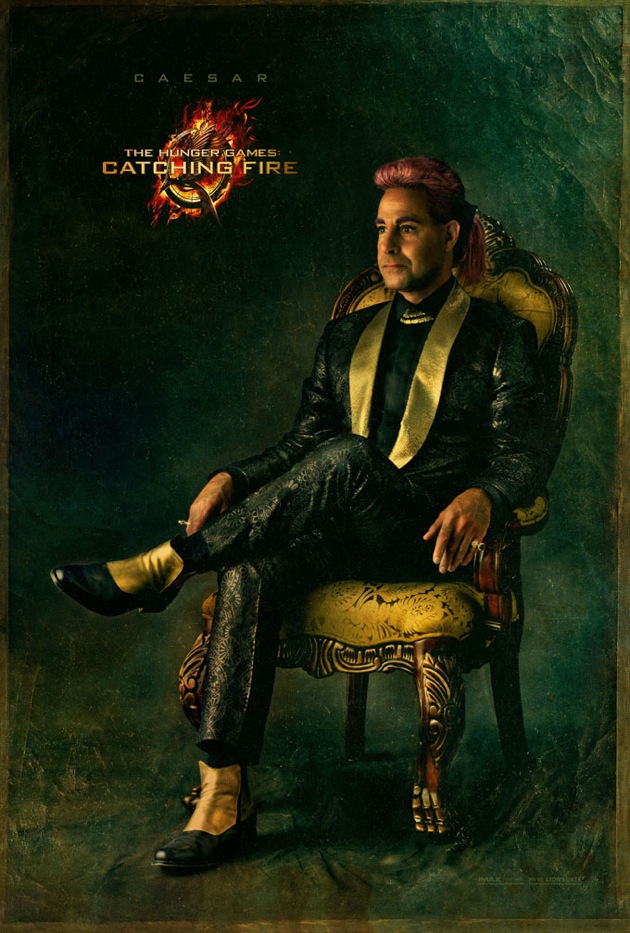 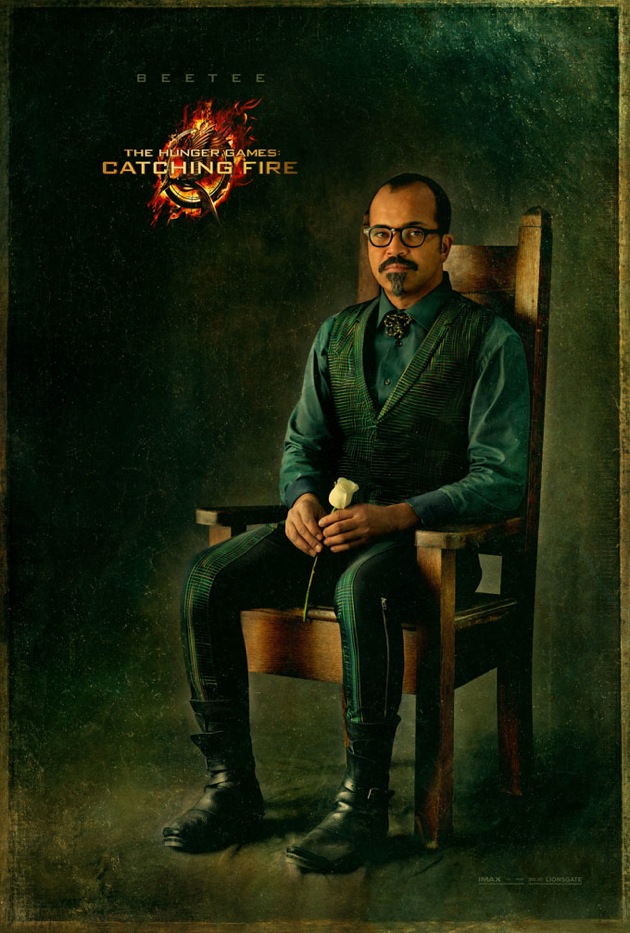 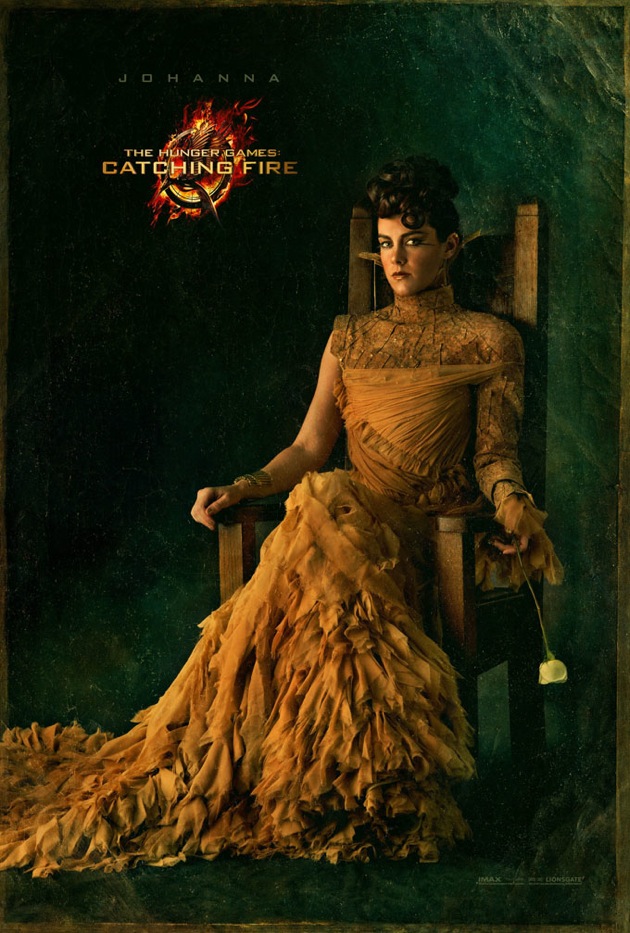 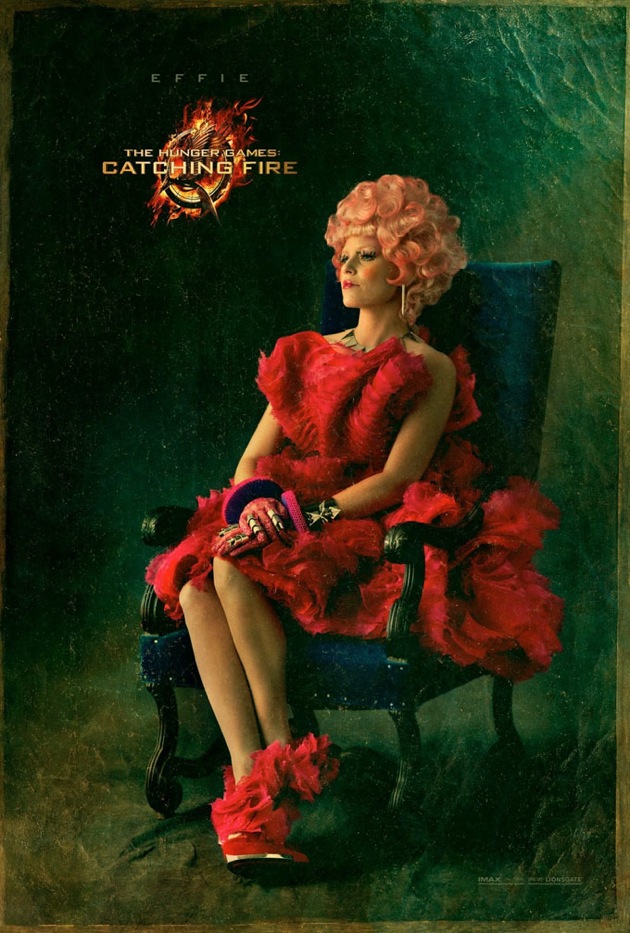 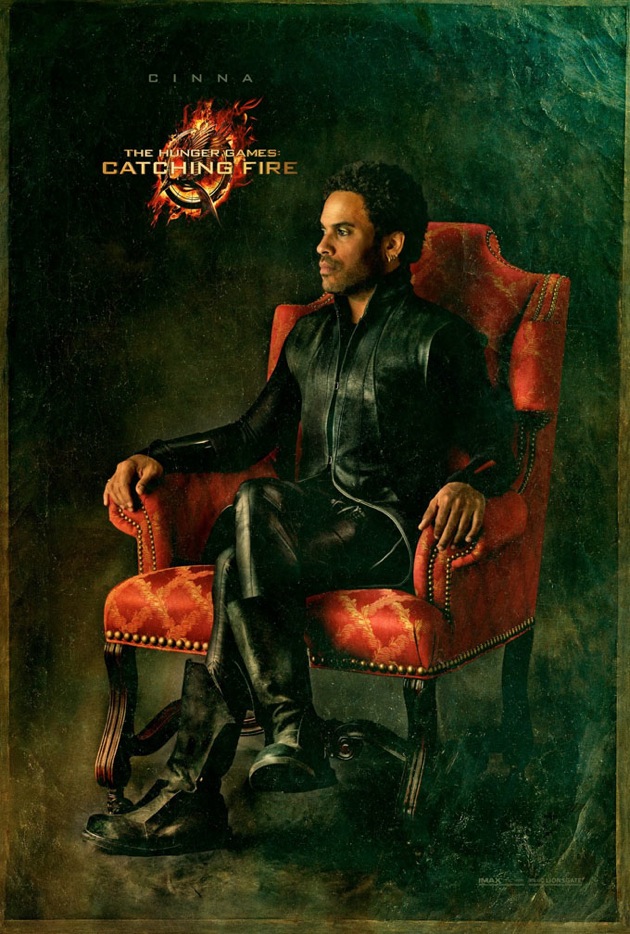 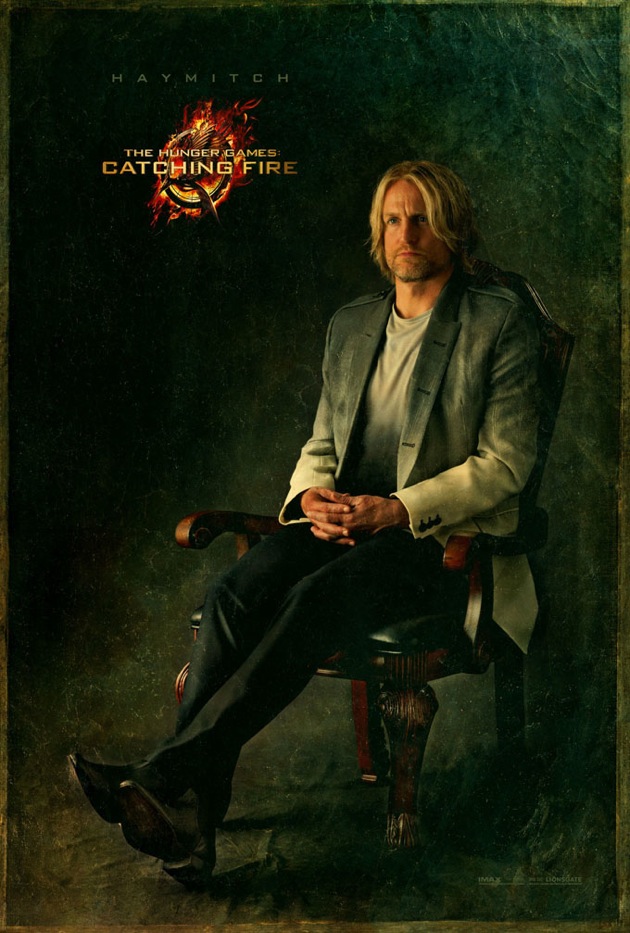