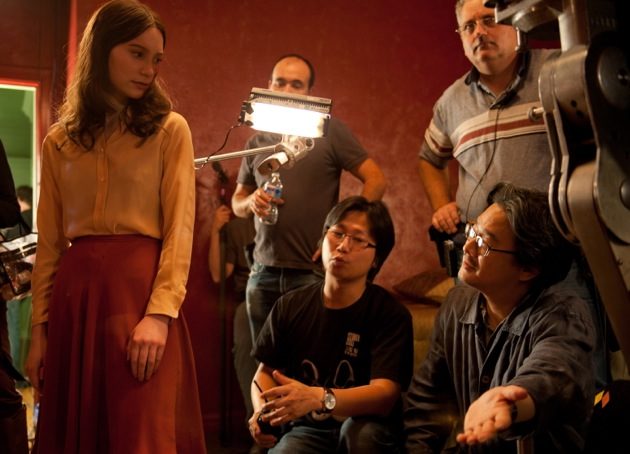 Park Chan-wook's reverence for Alfred Hitchcock and David Lynch shines through in his English-language debut, Stoker. It's a tightly wound thriller with psychosexual undertones and shocking — yet artful — violence in which, it seems, no detail is accidental and the details, both visual and auditory, add up to a lavish cinematic experience.

Stoker chronicles the macabre coming of age of 18-year-old India (Mia Wasikowska) when her father is killed on her 18th birthday and her handsome but creepy Uncle Charlie (Matthew Goode)  comes to stay with her and her emotionally remote mother Evie (Nicole Kidman). On the eve of the film's March 1 U.S. opening, I spoke to Park about his vision for the film, the alterations he made to Wentworth Miller's white-knuckle script and the film's connection to his 2009 vampire movie Thirst, even though, despite its title, Stoker has nothing to do with the undead or the supernatural.

The soft-spoken filmmaker also told me why he doesn't want to see Spike Lee's take on Oldboy until it's released weighed in on the movie violence debate that erupted in the wake of the Newtown shootings.

But wait, that's not all! Preceding the interview is an exclusive featurette, courtesy of Fox Searchlight, in which Park and his cast discuss the movie. Enjoy.

Movieline: This is your first English-language film, and it's set in America. I’d love to know if you wanted make any kind of a statement about American culture in Stoker.

Park: Although Wentworth was obviously influenced by Shadow of a Doubt, the first American film that Hitchcock made, it’s not a commentary on American society at all.  What attracted me to the script was that the story deals with the very universal idea of this family relationship. It doesn’t matter what country you’re from, you’ll be able to relate to and enjoy this film.

You have said that Hitchcock — and David Lynch as well — influenced you, but the character of India’s mother, Evelyn, would be at home in a Tennessee Williams play. Was that intentional?

Actually, the intention was to not evoke Tennessee Williams because the script ran the risk of being so under that influence. Of course, I am a fan of Tennessee Williams, but it’s not where I wanted to go, though I don’t want to blame Wentworth for everything.  [Smiles]

Lady Vengeance and, to a degree, Sympathy for Mr. Vengeance had to do with family and revenge. I feel like these themes connect your earlier work to Stoker. Would you agree?

It would depend on who’s doing the interpreting. Take the vengeance theme, for example. Some people might say that this film has nothing to do with the idea of vengeance. But if you want to interpret it as a story about vengeance, you can. It lends itself to that interpretation just as well as any other. 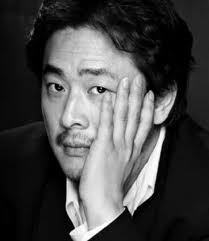 Well, without spoiling the movie, there is at least one of act of vengeance committed — more, depending on your interpretation. It’s certainly not the only theme, but it’s definitely there.

You’re absolutely right. It is an entirely possible interpretation.  And there you have the link to the Vengeance trilogy.  But I would say that Stoker lends itself just as well to vampiric aspects and is more closely linked to Thirst. But I also wanted to focus on the coming-of-age story of a young girl, and in that sense, it’s closer to I’m A Cyborg But That’s OK.

Evie's coldness and cruelty toward India is quite memorable. Is that straight from Miller’s script or did you expand upon that in the storytelling?

I actually weakened it. Take the example of Evie’s big monologue.  She's cursing her daughter — it’s a very, very cruel thing. But in the original script, the monologue ended with Evie telling India: “I can’t wait to see life tear you apart.”  I wanted to add a deeper layer to Evie’s character. I wanted her to be surprised at herself for having said such a cruel thing to her own daughter. So, I worked with Nicole to add more action and dialogue. The result is that after Evie realizes the harshness of what she has just said, she tells India: “Who are you? Aren’t you supposed to love me?”  And this is where we see that, underneath all of the vitriol, she's a mother yearning for her own daughter to love her.  And in that we find a very relatable and ordinary maternal figure.

Have you gotten a chance to see any of Spike Lee’s remake of Oldboy?

I haven’t. I don’t have any detailed information about it, and I don’t want to find out any more than I already know. When the film comes out, I want to be surprised and stunned by the great filmmaker that Spike Lee is.

The violence in your film is shocking, but it's also integral to the story. I'd love to know your opinion of the debate here over cinema violence and whether it influences actual violence.

I cannot believe that violence depicted onscreen actually causes people to act out violently. That's oversimplifying the issue. If somebody commits a violent act after seeing violence in a movie, I think the question that needs to be asked is: would that person still have committed the act if he had not see a violent film?