Oscars On Ablixa: Five Observations About The Excitement-Challenged Academy Awards 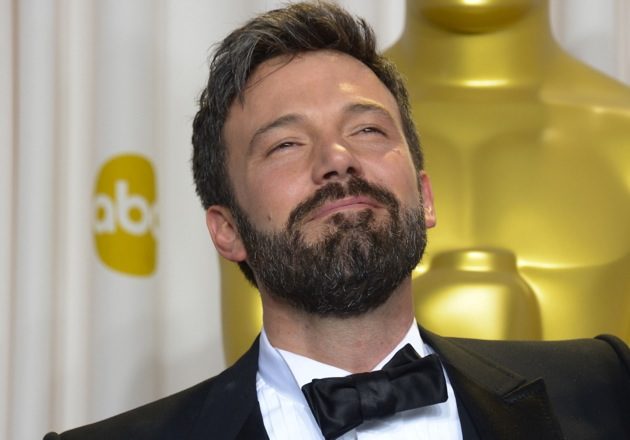 The early ratings for last night's Oscars indicate that the telecast may have racked up its best numbers since 2007, according to Deadline. Which is good news for Seth MacFarlane, especially if you ignore that the biggest viewership increase came after The Walking Dead ended on AMC and that six of the nine Best Picture nominees had done more than $100 million at the box office.  Otherwise, what do you really remember  from last night's telecast besides Jennifer Lawrence's face plant, the Jaws play-off theme (which was funny exactly once)  and the steamed look on Ben Affleck's mug when he came out on stage after MacFarlane's Gigli remark?

And that brings me to my first Oscars recap observation:

1. Was everybody in the Dolby Theater on Ablixa?  Beginning with the show's weirdly cold opening, the telecast was devoid of the emotional highs and lows, pomp and circumstance that the Oscars used to have and haven't had for a few years. During the Movieline liveblog, I wondered if Harvey Weinstein had gotten Trazodone, which is name-checked in Silver Linings Playbook, added to the Academy Awards gift bag. But I now think the Side Effects antidepressant reference is more appropriate. Even MacFarlane's most out-there insults seemed even-keeled. New York Magazine slammed the Family Guy creator for being sexist, but I thought his bigger sins were being mediocre and cold. It's as if the digital revolution didn't just rewrite the way the film industry makes and releases movies, it reduced the way Hollywood generates excitement into a kind of binary code.  Everything's either a 1 or a 0. That's  what last night felt like, and the only time some of that old-timey Oscar excitement crept back into the broadcast was when Affleck gave his speed-speech. The privilege of being able to make movies is obviously still exciting to him, and he's good at spreading that giddy feeling.

2. The Oscars should not aspire to be the Tonys.  So, I understand why there was a preponderance of musical numbers last night: MacFarlane is a show-tunes freak, Les Miserables, Hugh Jackman and Anne Hathaway were all nominated, and Barbra Streisand was on board to perform a tribute to the late Marvin Hamlisch. But that doesn't mean they were a good thing.  The show was listless to begin with, and  all those musical numbers didn't help. Plus, the Chicago (2002) and DreamGirls  (2006) tributes left me wondering if I'd slipped and fallen into the Hot Tub Time Machine. I half-expected to see Jackman join MacFarlane for some sort of tribute to The Music Man (which Family Guy has parodied more than once).  I'm not going to suggest this is part of a trend, by the way, but have you noticed that a similar things has been happening over at Saturday Night Live?   The practice of having musical guests hosting and performing — as Justin Bieber just did — is not helping the show's comedy cred, and, for a number of seasons now,  an unusual number of skits seem to be built around musical performances. (On a related note, as a big Lonely Island fan,  I just have to say that "YOLO" clip with Adam Levine and Kendrick Lamar was lame.)

3. The only real surprise of the night was Christoph Waltz's win:  Coming as it did near the beginning of the telecast, Waltz's Best Supporting Actor Oscar — which had been predicted in some quarters but mostly as a longshot — left the impression that a night of surprises was ahead. And then everything unfolded as predicted. If you followed all of the pre-season Oscar punditry, I bet you were bored.

4. Was Ben Affleck's comment about not holding grudges directed, in part, at Seth MacFarlane?  One of the more interesting observations Affleck made during his Best Picture acceptance speech was, "You can't hold grudges. It's hard. But you can't hold grudges."  The Argo director could have been referring to the Academy's decision to snub him for a Best Director Oscar, but, he just as well could have been referring to MacFarlane's remark that he'd gone from "starring in Gigli to becoming of the most respected filmmakers of this generation."  The line didn't seem so sharp to me. Gigli is an awful movie. But Deadline reported that Affleck was pissed off by the remark, and the filmmaker did launch a half-hearted jab at MacFarlane when he came out on stage shortly after the Oscars host uttered the punchline. (Affleck said something about it still being possible for MacFarlane to "turn the show around," but wouldn't it have been cool if he just said, 'Argo, fuck yourself"?)  The grudges remark, which Affleck delivered during his Best Picture acceptance speech, was a nice zen-like catch-all that demonstrated that Big Ben wasn't just an Oscar winner, he was an enlightened Oscar winner.

5. You know that the media is burning out on Oscar coverage when... Reporters are asking Jennifer Lawrence if she tripped on purpose. I'm surprised no one asked if Jessica Chastain was the culprit.