'Zero Dark Thirty As Best Picture?' Movieline's What The What?! Oscar Picks 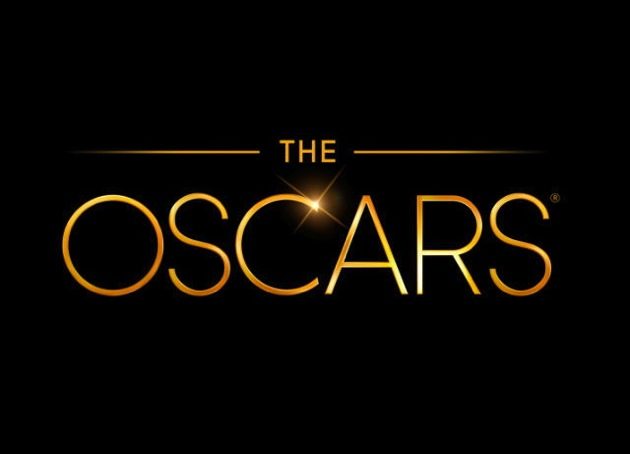 “Argo to win it all.” This has been the Oscar pundit thesis statement ever since Ben Affleck was left off the Best Director list and promptly blew over the Critics’ Choice and Golden Globe Awards in a whirlwind weekend of Oscar analysis. Every award Argo has gathered since that weekend last month has added to the confirmation bias. Affleck and his film established themselves as the storyline of the 2012 Academy Awards.

But what about the several months leading up to the nominations? Remember when Les Miserables  jumped ahead with a rapturous New York premiere? Remember when The Master exploded into the race with a series of secret screenings set up by Paul Thomas Anderson himself? Remember when Lincoln was predestined to win Best Picture, because War Horse lost last year? The storyline of 2012 isn’t Argo; it’s confusion.

And in keeping with that storyline, Movieline presents the “What The What?!” Oscars, a list of out-there-but-plausible winners in the hopes for a less predictable and more exciting show. All of my picks below go against the Argo storyline, as if it wasn’t coming at all. Just like in the film, Argo was a red herring all along.

If all goes according to confusion, here's what could happen:

“What The What?!” pick: Jacki Weaver, Silver Linings Playbook

Based on previous ceremonies, this is potentially the first award of the night, and what better way to start off the night than ruining everyone’s ballots? An Anne Hathaway win has been too obvious, and when something is too obvious, voters tend to look for a way out. The same rule has been slowly killing Lincoln all season, which doesn’t play into Sally Field’s favor. The next choice would be Amy Adams in The Master, but here’s where we’ve got the Weinstein factor: somewhere in the season, Harvey looked at his prospects and picked the easy Silver Linings Playbook over the bold Master. Jacki Weaver’s nomination was baffling to begin with, and that same campaign leads to a win.

“What The What?!” pick: Philip Seymour Hoffman, The Master

This category has been swirling around the dependably exceptional Hoffman all season.  Christoph Waltz is picking up some late backlash with people commenting that what he does in Django is identical to what he won for in Inglourious Basterds. Tommy Lee Jones didn’t win a lot of support with a grouchy turn at the Golden Globes, not enough Academy voters bought Robert De Niro's Katie Couric cry-fest, and Alan Arkin’s performance is not all that different from his turn in Little Miss Sunshine. Hoffman’s steadiness wins the day.

“What The What?!” pick: Naomi Watts, The Impossible

Just like Jennifer Lawrence and Jessica Chastain, Watts is on her second Academy Award nomination. Lawrence has a natural cockiness that charms the Internet crowd, but fmakes her a difficult Oscar campaigner. Chastain was similar to Jeremy Renner in The Hurt Locker, delivering a revelatory, powerhouse performance that’s overshadowed by the film itself (I’m curious if Bigelow will ever direct someone to an Oscar). The storyline behind Emmanuelle Riva is that she’ll turn 86 on Oscar Sunday, but old and accomplished does not guarantee anyone an Oscar. (Six years ago, they overlooked freaking Peter O’Toole, so there’s the love shown for the emeritus crowd.). Watts is someone current, who the voters seem to love, and wins based on a familiar role in a tear-jerker film.

“What The What?!” pick: Joaquin Phoenix, The Master

A hypothetic discussion between prognosticators:

“But Daniel Day-Lewis had it in the bag!”

“If Jamie Foxx can win for Ray and Philip Seymour Hoffman for Capote, then DDL only makes sense!”

“But it was just an imitation.”

“No one really knows what Lincoln moved or sounded like.”

“They didn’t want a history lesson.”

“Phoenix also moved and spoke in a distinct style. Painfully.”

“The Oscars love pretty people breaking themselves down.”

“This must be like Charlize Theron winning for Monster.”

“But Phoenix trashed the Oscars.”

“No more so than anyone else has in the past. And he hopped back on the trail at Harvey’s encouragement.”

“Phoenix must’ve been destined for this. If Harvey has his back.”

“I knew it was Phoenix all along!”

“What The What?!” pick: Michael Haneke, Amour

Amour’s glut of nominations showed there was serious affection for Haneke’s Palme d’Or winner, and it was clearly through the labor of Haneke himself. The Academy has a track record of not awarding prestige directors like Haneke or Malick or Hitchcock or Kubrick, but this is the year for weirdness. The most surprising choice would be Tarantino, but his Django stumping has sparked uncomfortable conversations, which leads to thought-provoking essays but not Oscars. (Plus, in this “What The What?” ceremony, he wins another Original Screenplay award). Spielberg, despite all the industry love, will be the poster child for Lincoln’s struggles as the obvious choice. A Haneke win is the result of voters not knowing who to fall behind, so why not go with the smart Austrian?

"What The What?!" pick: Zero Dark Thirty

When the prognosticators decided Argo was in, everything else was out. ZDT riled up too much controversy and was done, because they had Argo, which was Diet ZDT. Well guess what: Out of left field comes ZDT for the win. It's an amalgam of other nominees: it's got the historical gravitas of Lincoln without the drag; it's got the the true life thriller ending of Argo without the embellishment; it's got the fire of Django Unchained without the mess; it stars a face of Young Hollywood who isn't the too-cocky but too-familiar Jennifer Lawrence. It's a massive critic success and has been victorious at the box office. A Zero Dark Thirty win would confuse everyone down to Kathryn Bigelow herself, but this has been a season of confusion, not surprises.

Plenty of other things could happen to destroy Oscar ballots. Searching for Sugarman could lose Best Documentary; ParaNorman could win Best Animated Feature; Amour could lose Best Foreign Film if Haneke wins Best Director, like the latter is a consolation prize.

Even if Argo wins the final prize on Sunday, it will still prove to be a bizarre year. Affleck was not nominated for Best Director, but somehow, an also-ran director became the discussion. The 2012 Oscar race has been strange, and here’s hoping Sunday is strange, too.