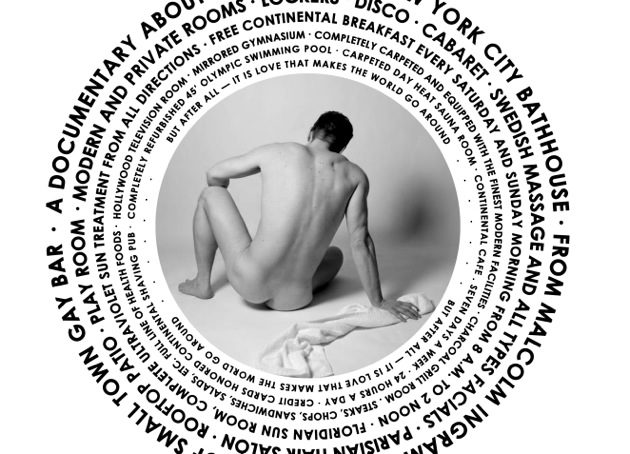 The poster for Small Town Gay Bar filmmaker Malcolm Ingram's newest documentary, Continental, has been unveiled in time for its SXSW debut, and, well, it's just the ticket for a look back at one of gay culture's most iconic playgrounds of the late 1960s and 70s.

“Malcolm Ingram's lively new documentary CONTINENTAL takes viewers back in time to the sexually charged New York of 1968, when the notorious Continental Baths opened its doors. This groundbreaking den of debauchery (advertised as a place “for sophisticated men only”) came to transcend sexual identity and became a cultural beacon to the hip, beautiful and infamous. Not only host to newly-empowered gay men of all shapes and sizes, eager to take full advantage of their sexual freedoms at a lavish venue, the Continental brought both high and low culture to the bathhouse's stage week after week, becoming instrumental in the careers of ‘60s and ‘70s icons like Bette Midler, Barry Manilow, Patti LaBelle, Peter Allen and countless others.

Those countless others included the late comic Andy Kaufman, confetti-tossing Jackass fixture Rip Taylor and cross-dressing proto-punkers The New York Dolls, and so many other performers who became regulars on TV variety and game shows during their heyday in the 70s. Ingram takes the journey with the club's owner Steve Ostrow, members of his former staff and those who were present and actually remembered what happened. Sounds like a must-see — like the poster below. 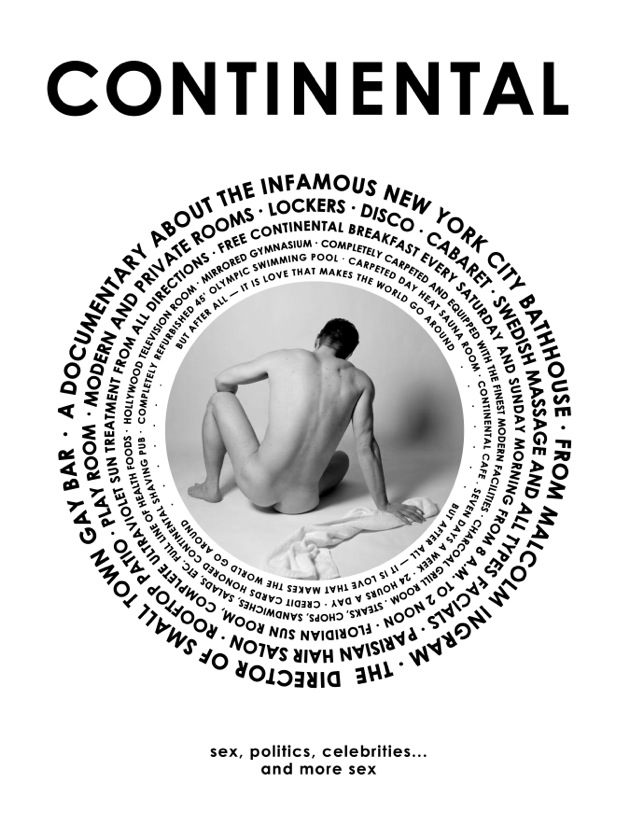