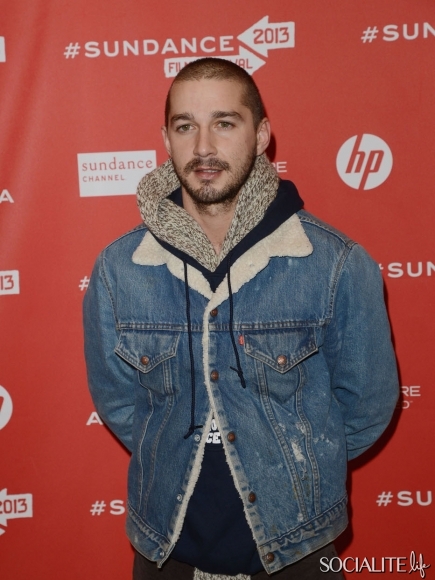 Shia LaBeouf appears to be going full-tilt method acting of late. First, the actor said last summer that he was going "all the way" in Danish director Lars von Trier's Nymphomaniac, and at the Sundance Film Festival, currently underway, he said he dropped acid while working on The Necessary Death of Charlie Countryman.

LaBeouf said at the festival that he took the hallucinogen, not because he "wanted to be on drugs," but to relate to his character.

The Sundance debut revolves around a young man (LaBeouf) who travels to Romania after the death of his mother (Melissa Leo) and falls for a dangerous young woman, played by Evan Rachel Wood. During one sequence in the film, LaBeouf's character takes L.S.D.

"I'd never done acid before. I remember sending Evan tapes. I remember trying to conjure this and sending tapes. And Evan being like, 'That's good, but that's not but, that is," he told MTV News. "You reach out to friends and gauge where you're at. I was sending tapes around and I'd get 50 percents from people and that just starts creeping me out. I was getting really nervous toward the end. Not 'cause I wanted to be on drugs -- I'm not trying to mess with the set or anything like that. It's really just fear that propels people."

The trip apparently took place last August. He told USA Today at the time he dropped acid for The Necessary Death of Charlie Countryman in order to "immerse himself in the character."

"What I know of acting, Sean Penn actually strapped up to that [electric] chair in Dead Man Walking," he told the paper. "These are the guys I look up to."