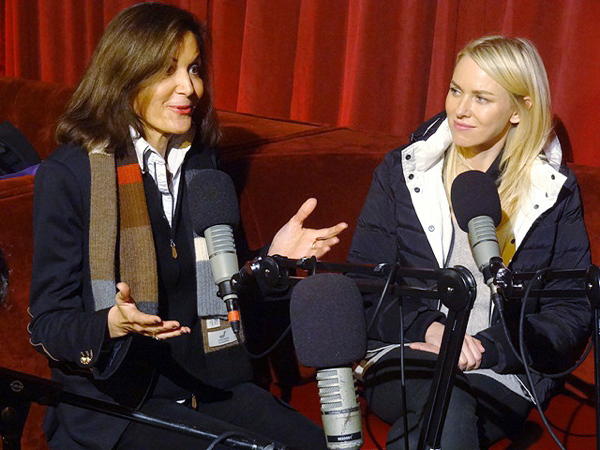 Naomi Watts and Robin Wright star in what has likely been the most divisive film to screen at the Sundance Film Festival so far. Two Mothers is the story of two close friends (played by Watts and Wright) who have secretive affairs with each other's sons. The weekend premiere in Park City sparked a mix of laughter and polarized reaction that took the feature's stars and director, Anne Fontaine, by some surprise.

Speaking to The Daily Buzz , Watts and Fontaine noted the difference between American and European audiences in finding humor. During the post-screening Q&A Fontaine told the audience that she wasn't quite sure what to make of the spontaneous laughter during sensitive moments in the film, and later Watts echoed that sentiment on a radio show in Park City hosted by The Film Society of Lincoln Center's Eugene Hernandez that she was unnerved by the guffaws. "

"We were sort of sitting there thinking, 'oh my goodness, is that the reaction we want?'" said Watts. "But, in speaking to people after, I think they understood it."

Vulture reviewer Kyle Buchanan typified the polarizing effect Two Mothers had here, calling the film both "The best and the worst movie" at Sundance in his review, adding, "it is a doozy."

Set in an insular seaside community, Two Mothers has its share of lust and secrecy as the pair carry on their affairs with the others' sons over the years. But once their relationships are discovered, the revelation threatens to tear their lives as well as the lives of the young men apart.

"I couldn't imagine that [the response] would be like that," Fontaine said on The Film Society's Daily Buzz. "It was so direct." The audience continued to laugh even as the mothers' sexual secrets came to light, further heightening confusion for the filmmaker and the film's stars.

"It was clearly an instinctual reaction to what was going on on the screen and I think before they had a chance to process it, it just came out," Watts surmised. "I've been in situations where I certainly wasn't supposed to laugh. Like even at a funeral or if someone tells me some bad news. I am capable of laughing because I can't deal with it, it's too much and it's uncomfortable and I think that's what was happening."