'The Incredible Burt Wonderstone' To Open The SXSW Film Festival 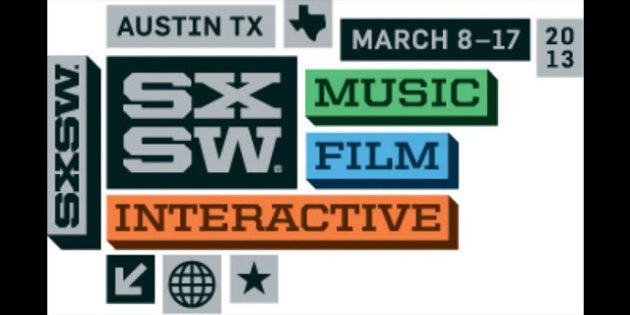 The world premiere of comedy The Incredible Burt Wonderstone will open the 2013 South by Southwest (SXSW) Film Conference and Festival. The festival, which launches its 20th anniversary event March 8th, also unveiled a number of other films and highlights Tuesday.

Starring Steve Carell and Steve Buscemi, The Incredible Burt Wonderstone follows superstar magicians Burt Wonderstone (Carell) and Anton Marvelton (Buscemi) who have raked in millions of dollars and reign over the Las Vegas strip. Illusion is their mainstay, but the biggest thing they're hiding is their growing dislike for each other. Complicating matters, they face increasing competition from a street magician (Jim Carrey) whose gaining fame as their show begins to appear tired. But things could get back on track if Burt can get a check on his out-sized ego and remember what made him fall in love with magic in the beginning. 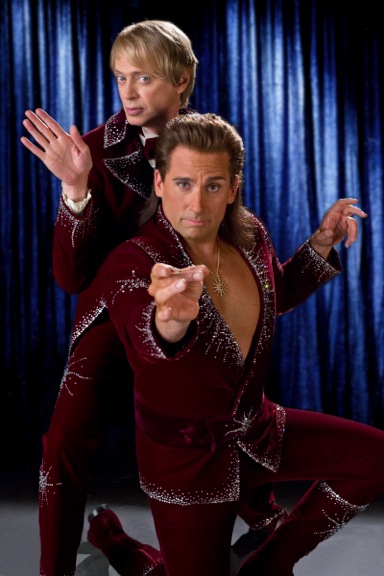 In addition to The Incredible Burt Wonderstone, SXSW unveiled a handful of titles that will debut at the festival, which takes place March 8 - 16 in Austin, TX. SXSW veteran Joe Swanberg returns with his comedy that blurs the line between "friends" and "more than friends," Drinking Buddies. Also on tap are Alex Winter's documentary on the rise of Napster, Downloaded as well as Harmony Korine's Spring Breakers. Good Ol' Freda chronicles the never-before-told story of The Beatles' secretary, Freda Kelly and the re-make of the 1981 cult hit Evil Dead by Fede Alvarez are also among the titles revealed Tuesday.

SXSW will also host conversations with Matthew McConaughey and Jeffrey Tambor as part of its conference. Other guests include The Black List founder Franklin Leonard and AMC News host and Huff Post Live producer, Jacob Soboroff.

"Everyone knows that we like have a good time at SXSW, and our 20th year is already well on track with smart, stylish and highly entertaining work," said SXSW Film Conference and Festival Producer Janet Pierson in a statement. "Though this is just a taste of what SXSW 2013 will have to offer, what better way to get the party started than with The Incredible Burt Wonderstone, which had us laughing our heads off, despite an 8am Monday viewing."

SXSW will unveil the bulk of its lineup January 31st.

Downloaded (World Premiere)
Director: Alex Winter
Downloaded is a documentary that explores the rise and fall of Napster and the birth of the digital revolution. It's about the teens that helped start this revolution, and the artists and industries who continue to be impacted by it.

Good Ol' Freda (World Premiere)
Director: Ryan White
Good Ol’ Freda tells the story of Freda Kelly, a shy Liverpudlian teenager asked to work for a young local band hoping to make it big: The Beatles. Their loyal secretary from beginning to end, Freda tells her tales for the first time in 50 years.

Spring Breakers (U.S. Premiere)
Director/Screenwriter: Harmony Korine
Four college girls who land in jail after robbing a restaurant in order to fund their spring break vacation find themselves bailed out by a drug and arms dealer who wants them to do some dirty work. Cast: James Franco, Selena Gomez, Vanessa Hudgens, Ashley Benson, Rachel Korine

Announced Highlights from the 2013 Conference:

A Conversation with Matthew McConaughey - An in-depth discussion with the incredibly fascinating actor, whose career continues to evolve in exciting and unexpected ways, including his bold choices with recent projects like Magic Mike, Killer Joe, Bernie and Mud.

Humanizing Heroes: Storytelling Beyond Sports - The leading authorities behind some of today's most notable sports films, Connor Schell (ESPN Films), Ken Rodgers (NFL Films) and Ross Greenburg (Ross Greenburg Productions), discuss the evolution of storytelling in sports filmmaking, its influence on pop culture and its continued resonance across all cultures and backgrounds.

Bates Motel: Story to Screen with Carlton Cuse – In a Special Event combining the SXSW Film Festival and Conference in one, attendees will get an exclusive first look at the pilot of Bates Motel, the thrilling new series from A&E. Following the screening, Executive Producer Carlton Cuse (Lost) will sit down with A&E Marketing EVP Guy Slattery for an inside look and Q&A on the process for bringing this contemporary prequel to life.