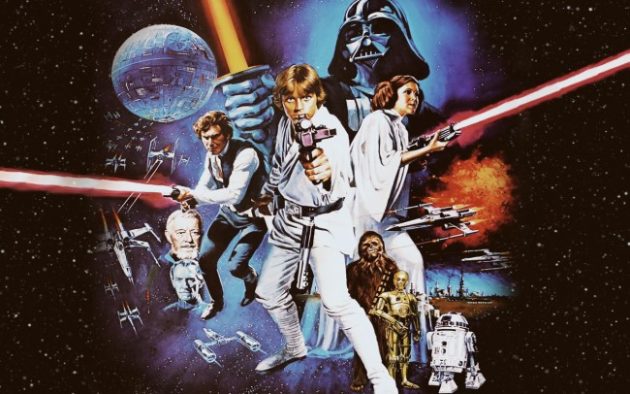 We're all waiting with baited (and force-assisted) breath until 2015 to see if the cinematic return to the Star Wars galaxy will make the taste of midi-chlorians go away, but could it be that we might first see our first post-George Lucas lightsabers on the smallscreen? Comments from ABC Entertainment President Paul Lee indicate that yes, maybe, possibly, this may be the case.

You might remember a few years back when Lucasfilm kept talking up a live action Star Wars series? That show, which would have been spearheaded by former Lucasfilm honcho Rick McCallum, would have been set during the 19 year period between the end of Revenge of the Sith and A New Hope. Alas, though reportedly 50 episodic scripts were created for the series, the series proved too expensive to produce, and Lucasfilm's ownership meant too few profits for any network that might choose to fund it.

The series was, eventually, quietly killed off. But speaking to Entertainment Weekly, Lee confirmed that with Disney (which owns ABC) now having secured control of the Star Wars franchise, ABC is contemplating resurrecting the concept.

“We’d love to do something with Lucasfilm, we’re not sure what yet,” Lee told EW, but he stressed nothing is currently under development. “We haven’t even sat down with them. We’re going to look at [the live-action series], we’re going to look at all of them, and see what’s right. We weren’t able to discuss this with them until [the acquisition] closed and it just closed. It’s definitely going to be part of the conversation.”

If ABC goes forward with a Star Wars TV show, it could be the beginning of a serious cross-branding block of programming, along with Joss Whedon's planned S.H.I.E.L.D. series. It also might mine territory not previously covered in filmed Star Wars fiction. As EW notes, aspects of the original, aborted series were apparently recycled for the upcoming 'adult' themed game Star Wars 1313, including the focus on the seedier side of life in a galaxy far, far away. It also bore a striking resemblance to the Battlestar Galactica prequel series Caprica, in that it would have been a family crime drama of sorts. (Notably, BSG reboot maestro Ron D. Moore was once attached to the series.)

Obviously, we can't possibly pretend to know what the so-far not developed show would even look like; chances are Disney is simply keeping their options open. But should they go for it, I personally hope they don't resurrect the concept McCallum had originally planned. I'm personally burnt out on prequels, not just because George Lucas made such a mess of it, but because generally speaking the backstory is always less interesting than the stuff that it informs.

We already know about everything we need to about life before Luke, Leia and Han saved the galaxy from the evil empire. I'd rather see the wishes of the fans more deliberately pandered to, and set any potential show in the aftermath of the successful rebellion. Showing how citizens from across the galaxy pick up the pieces as the Republic struggles to rebuild would not only allow for a vast diversity of stories, it would also have the benefit of being surprising. We wouldn't lose the ability to get attached to any character because their fates are largely sealed by what we know from the current trilogy.

Better still, from a business perspective, it'd be a great way to build interest in episodes 7, 8 and 9. Events of the TV show could easily provide backstory for those films without treading on any of the same ground. It would also be as ambitious as the Marvel movie universe's carefully constructed, shared continuity, and from a nerd's perspective, that sounds like the best thing ever, even if I'm not yet ready to forgive Star Wars for “NOOOOOOOOOO!”

What about you, readers? Let us know what you'd like to see in a hypothetical Star Wars show in comments.