WATCH: 'The Last Stand' Red Band Trailer, Is Schwarzenegger Back? 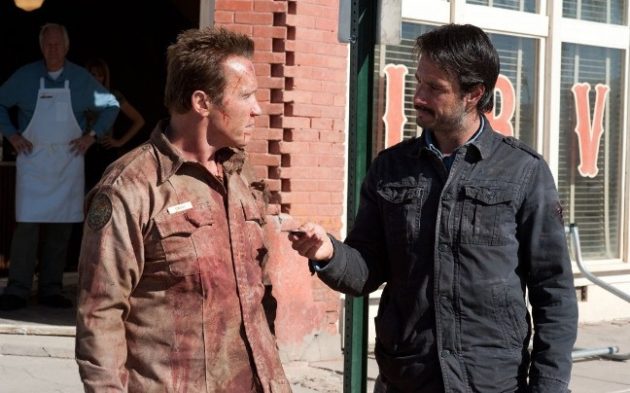 Forgetting for a second how amazeballs rich the man is, poor Arnold Schwarzenegger. Not only is he reentering celebrity life on the heels of an absolutely humiliating personal scandal (not to mention a hit and miss tenure as California Governor), he hasn't actually starred properly in a film since 2003's Terminator 3: Rise of the Machines.

Now he has to reassert himself both as a star and as a famous guy who people don't feel kind of snickery about, not an easy feat for someone in his 60s. He just needs the right combination of balls to the wall violence and a so-dumb-it's-smart script to recapture that old magic.

Could The Last Stand be the way to do it? Everything I've seen so far hasn't made my spider sense tingle, but I've been waiting for a reason to care that this thing exists. Enter the new red band trailer, which gives me that reason in the form of someone being literally blown to bits by a flare gun. See for yourself:

This is making me feel something I normally don't feel unless I binge on Commando and Raw Deal. There's an evil rich man in a fast car, a multi-ethnic cast that includes Luis Guzman and Forrest Whitaker, dialogue that only exists to setup one liners, and of course sweet delicious violence. This feels just like 1986! Only I'm not fat and I've actually had sex. Fine, The Last Stand, you win. I'm not longer angry about the California recall.