Christopher Nolan To Direct 'Interstellar': Peep The Science Behind The Wormhole Sci-Fi Pic 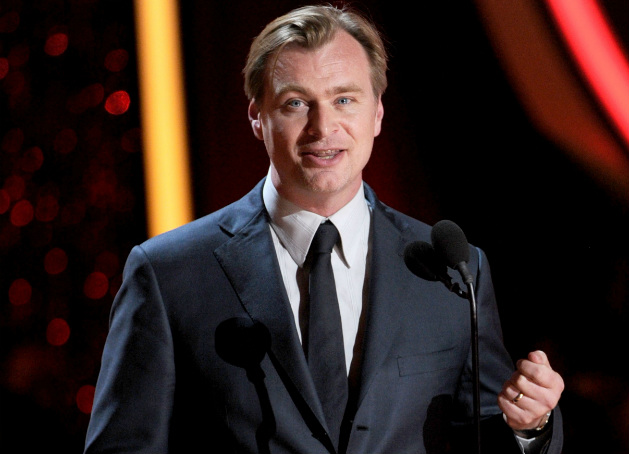 Nolanites, prepare to get really nerdy: Per THR, Christopher Nolan is in talks to direct and produce Interstellar, scripted by brother Jonathan Nolan, AKA the 2001-esque project that Steven Spielberg was once attached to which "involves time travel and alternate dimensions in a story that sees a group of explorers travel through a wormhole."

What's just as exciting as the prospect of another Chris/Jonah Nolan team-up (following Memento, The Prestige, The Dark Knight, and The Dark Knight Rises) is the fact that Interstellar is grounded in the scientific developments of CalTech gravitational physicist and astrophysicist Kip Thorne, who theorized that cosmic wormholes can be used to time travel by connecting two points in time. Like, in real life.

As Thorne told Discover Magazine in 2007, his musings on time travel via space-warping wormhole began when Carl Sagan asked advice while writing Contact:

In Carl Sagan’s original version of his novel Contact, he had his heroine traveling through a black hole to a distant part of the universe, and he asked me for advice. I immediately told him, “You can’t do that. Black holes can’t be used in that way,” and I suggested he use a wormhole instead. That got me interested in the issue of whether or not there really could be wormholes that you could travel through, and quite quickly I came to realize that if they did exist, it would not be hard for a very advanced civilization to use a traversable wormhole to make a time machine.

Of course, toying with time travel — especially the kind of fate-changing backward time travel characters frequently attempt in the movies — could have catastrophic consequences:

It’s quite unlikely that one can go backward in time — although it is certainly not ruled out — and it may be that nature has mechanisms to prevent backward time travel. When I was studying this, I came away convinced that the laws of physics can be readily adapted to backward time travel without any serious loss of ability to predict and without self-inconsistencies. I think more interesting was the discovery I made with a postdoc, Sung-Won Kim from Korea, that there is a universal mechanism that always occurs: If any highly advanced civilization attempts to make a time machine for backward time travel, quantum effects will cause the time machine to begin to self-destruct explosively at the moment you activate it.

Prior to Jonathan Nolan's scripting involvement, Interstellar began as a treatment written by Thorne and producer Lynda Obst back when Spielberg was attached. According to Thorne, Interstellar concerns what he calls "the warped side of the universe" — something he discusses in this video, describing it as a fist-in-a-trampoline before jovially telling his young interviewer that a black hole "would rip the atoms your body is made from apart":