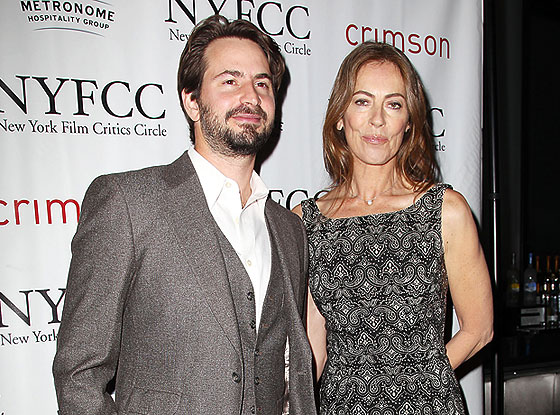 Even as the U.S. Senate continues to inquire about what it says are misrepresentations of the use of torture in the successful hunt for Al Qaeda mastermind Osama Bin Laden in 2011, filmmakers Kathryn Bigelow and Mark Boal defended their Oscar hopeful Zero Dark Thirty at the New York Film Critics Circle Monday night.

"I thankfully want to say that I'm standing in a room of people who understand that depiction is not endorsement, and if it was, no artist could ever portray inhumane practices," Bigelow is quoted as saying in Huff Post, while accepting the organization's Best Director award. "No author could ever write about them, and no filmmaker could ever delve into the knotty subjects of our time."

Senator John McCain of Arizona and Diane Feinstein of California have criticized the pic as showing water-boarding and extreme isolation among other tactics as being instrumental in the U.S. government's decade-long search for Bin Laden. "We believe the film is grossly inaccurate and misleading in its suggestion that torture resulted in information that led to the location of [Osama] bin Laden," Feinstein, McCain and Michigan Senator Carl Levin wrote to Zero Dark Thirty's studio, Sony in December.

Writer/producer Mark Boal said he was proud of the film Monday night and is unmoved by criticism which has also come from Oscar-winning filmmaker Alex Gibney. I stand here tonight being extremely proud of the film we made," he said Monday, while accepting the prize for Best Picture with Bigelow and producer Megan Ellison. "In case anyone is asking, we stand by the film. I think at the end of the day, we made a film that allows us to look back at the past in a way that gives us a more clear-sighted appraisal of the future." He added jokingly, "Apparently, the French government will be investigating Les Mis."

Jessica Chastain, who plays the CIA operative who tracks down Bin Laden in Abbottabad, Pakistan, which lead to the Navy Seals raid on the compound that resoled in the Al Qaeda head's death, told David Letterman in a recent appearance that she believes in the film's accuracy, though acknowledged they had to shorten a decade-long hunt into a feature-length movie

"Mark Boal is the investigative journalist so he's the one who got all the information and I just went and did my job and did my research," said Jessica Chastain to Letterman who joked that she's not going to be arrested. "I'm afraid to get called in front of a Senate committee…" laughed Chastain. "In my opinion, this is a very accurate film… I think it's important to note the film is not a documentary. So of course, there has been some things…We took 10 years and put it in two-and-a-half hours…"