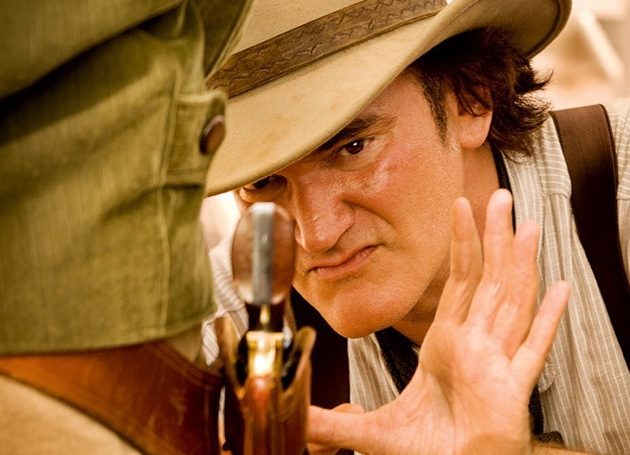 The lessons of Quentin Tarantino's interview with Terry Gross on NPR?  He has a high tolerance for "viscera" and a low tolerance for questions that attempt to connect Sandy Hook and other incidents of actual violence to the kind found in movies. The Django Unchained director became audibly peeved when Gross asked him the question that every reporter feels compelled to ask filmmakers in the wake of the Connecticut shootings.

Here's NPR's transcript of the awkward, testy exchange. I've taken the liberty of putting Tarantino's comments about how linking Sandy Hook to violence in movies is "disrespectful" to those who died. I agree with Tarantino. Connecting the shooting to movie-making trivializes what happened in Connecticut, which, as Ross A. Lincoln pointed out in his post on The Hollywood Reporter's poll on media violence, doesn't bring this country any closer to figuring out how to prevent tragedies like Sandy Hook and Aurora from happening.

GROSS: So I just have to ask you, is it any less fun after like the massacre at Sandy Hook Elementary, like, do you ever go through a period where you lose your taste for movie violence? And movie violence is not real violence, I understand the difference. But still, are there times when it just is not a fun movie experience for you - either to be making it that way or to be in the audience for something like that?

TARANTINO: Not for me.

GROSS: So it's so completely separate, that the reality of violence doesn't affect at all your feelings about making or viewing very violent or sadistic...

TARANTINO: You're putting a judgment on it.

TARANTINO: Mm-hmm. When you say after the tragedy, what do you mean by that exactly?

TARANTINO: Do you mean like on that day would I watch "The Wild Bunch?" Maybe not on that day.

GROSS: You sound annoyed that I'm...

TARANTINO: Yeah, I am.

GROSS: I know you've been asked this a lot.

GROSS: With whose memory?

TARANTINO: The memory of the people who died to talk about movies. I think it's totally disrespectful to their memory. Obviously, the issue is gun control and mental health.

Although it's not in the transcript that NPR posted, at an earlier point in the interview, Tarantino explained that he did tone down some of the violence in Django Unchained. As Samuel L. Jackson mentioned during my interview with him in December, his favorite scene in the movie, which was cut, involved his character burning off the captured Django's nipples with a hot poker. The Playlist also points out that another scene that was briefly glimpsed in the trailer but excised from the movie, involved the rape of Broomhilda. (You can find these scenes in Tarantino's script for the movie, which the Weinstein Company has posted here.)

When Gross asked Tarantino, "What are your limits for..what's your sensibility for how much splatter, how much violence, how much sadism" in a movie "feels right, like it's part of the genre" and how much feels like "exploitation," the filmmaker replied: "I could handle a lot more than I put in this movie," adding: " I have a tolerance for viscera, more than the average person."   But, he explained that after screening earlier, more brutal cuts,  "I traumatized the audience" when his goal was to have them "cheering Django" at the movie's end.  "If you don't cheer at the end, I haven't done the job," he said.