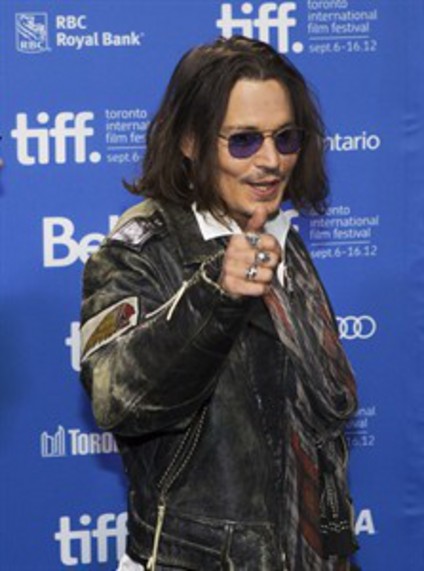 Even as he anticipated the sunset of his filmmaking career recently, Quentin Tarantino is looking ahead to who he'd like to work with, and Johnny Depp tops the list. The Django Unchained director said he'd like Depp to star in a future pic, but will only cement plans once he's written the perfect part for the Pirates of the Caribbean actor.

Tarantino told talk show host Charlie Rose that it would be "magical" to work with the 49 year-old actor, adding: "We would love to work together. We've talked about it for years. Not that we get together and talk about it for years, but from time to time."

The two appear to have mutually high esteem for the other, according to Tarantino. But the key is finding the right moment.

"We're obviously fans of each other," he said according to Contactmusic.com. "I just need to write the right character that I think Johnny would be the right guy to do it with. And if he agrees, then we'll do it, and then it'll be magical." Continuing, Tarantino shared that he hasn't as of yet, "written the perfect character for Johnny Depp as of yet. Maybe someday I will, maybe someday I won't. We'll see."

Tarantino also said he'd like to work with Meryl Streep and Michael Caine.

The filmmaker recently unveiled plans for a new movie, tentatively titled Killer Crow, which would again center on people rising up against their overlords, forming a trilogy with the current Django Unchained and 2009's Inglorious Basterds.