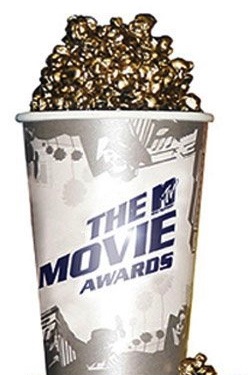 She's been a bride with a torn wedding dress in Bachelorette, a voice in animation in Ice Age: Continental Drift and a pitch perfect Fat Amy in, well… Pitch Perfect. And for her next act, Rebel Wilson wants her MTV.

The Australian-born actress with a name that's too cool for school has been tapped as the host of the 2013 MTV Movie Awards. The network announced the news during the season finale of Jersey Shore &mdash' natch! &mdash for the big event taking place Sunday, April 14th.

Get your golden popcorn on! And who will win Best Kiss? Not those vampires again?!?

She gives good candy in this promo: