Les Misérables: Will The 2013 Oscars Be One Giant Sad-Off? 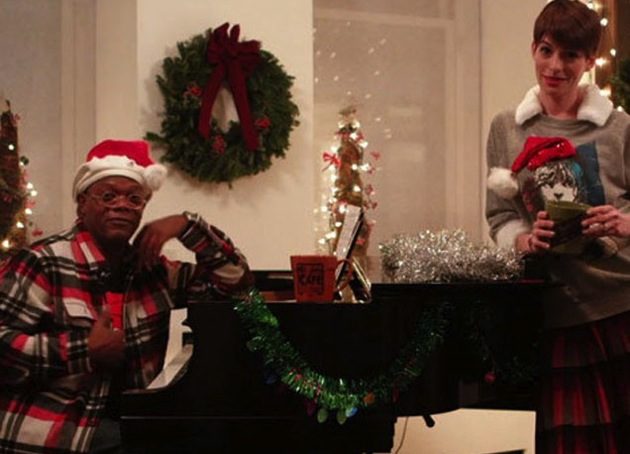 Earlier this week, Funny or Die tried to answer the question I hoped would never get asked this Oscar season: Who had it worse, slaves or poor, single mothers driven into prostitution?

In a clever four-minute video, Samuel L. Jackson (Team Slaves) and Anne Hathaway (Team PSMDIP) campaigned for their respective sides in a “sad-off.” It’s a brilliant bit of movie promotion, with the actors selling their sad, sad movies (Les Misérables and Django Unchained, respectively) through comedy. “My movie is literally called ‘The Miserable,’” throws down Hathaway.

“Women get beaten in my movie,” boasts Jackson.

“Guy gets his head blown off.”

“There’s a man ripped apart by dogs in my movie.” When Hathaway stays quiet, Jackson cackles in triumph.

The two Oscar nominees eventually get into the yuletide spirit by cheerfully agreeing, “Nothing says Christmas like slaves and whores.” That’s cute and all, but it also smartly points out the paradox of the holiday movie season, that magical time of the year when, between maxing out our credit cards and stuffing our faces like it’s the Mayan apocalypse, we dutifully assign ourselves to watch “serious movies” about “important issues.”

There seem to be way more of those this year, from the slavery-themed Django, the plebe-supporting Les Miz, the torture-approving Zero Dark Thirty, the dementia-sympathizing Amour, the insanity-forgiving Silver Linings Playbook, the FEMA-condemning Beasts of the Southern Wild, and the disability-sex-championing The Sessions. Looking at this group of politically weighty films, Salon film critic Andrew O'Hehir stated last week that he’s looking forward to a “meaty” 2013 Oscars because of the “ideological throwdown” promised by the likely award nominees, especially after the win of last year’s lightweight The Artist.

It’s of course great that so many special-interest groups will have their issues heard throughout Oscar season. But given the fractured, us-versus-them nature of America today, it’s hard not to feel pessimistic that the run-up to the Academy Awards will turn out to be one interminable lose-lose game of Who Suffered Most?

There’s certainly precedent for this. Back in 2005, the Best Picture race rapidly narrowed down to Crash and Brokeback Mountain. In a particularly ugly turn, the media narrative twisted the Oscars into a contest between racism and homophobia, as if declaring racism to be the greater injustice eased the pain felt by bullied gay teens. When Brokeback lost, some commentators exacerbated the situation by blaming the outcome on the homophobia of Academy voters, who are still mostly old, white men. (For the record, they probably just have really bad taste.)

That’s why the best part of Hathaway and Jackson’s video is its preemptive mockery of the tendency to hierarchize different kinds of oppression. In a bit that recalls the 2008 Democratic primary race between Barack Obama and Hillary Clinton, the sad-off briefly veers into black man vs. woman territory. “You try being a black man in the South in the 1800s. I bet you couldn’t handle being a black in the South right now,” taunts Jackson.

“When there’s a French whore in the White House, then we can talk,” Hathaway challenges.

“You say that like there’s never been a French whore in the White House,” says Jackson in the best line of the video.

Let’s hope that’s the last round of sad-off we have to play this holiday season, because justice and equality doesn’t have to be a zero-sum game.

Inkoo Kang is a film critic and investigative journalist in Boston. She has been published in Salon, Indiewire, Boxoffice, Yahoo! Movies, Pop Matters, Screen Junkies, and MuckRock. Her great dream in life is to direct a remake of All About Eve with an all-dog cast."