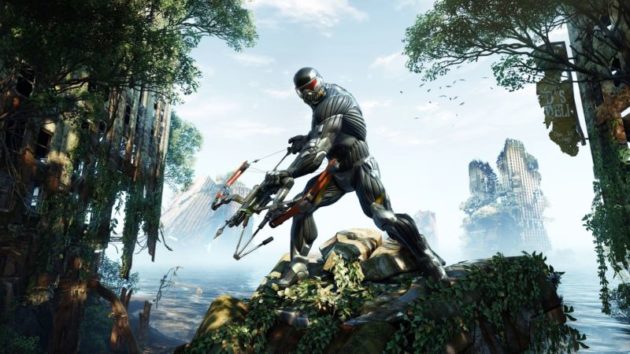 Game developer Crytek has hired directorAlbert Hughes to bring its Crysis gaming franchise to the big screen. Half of the Hughes brothers team behind Menace II Society and The Book of Eli, Albert is directing The 7 Wonders Of Crysis 3, an online series set in a reforested future New York 2047.

Production companies often have trouble converting video game properties to film, which is why Crytek isn’t bothering — with the production companies. Using no actors or movie cameras, Hughes is directing the game engine itself, rendering his cinematic vision with the same software players will use to shoot each other in the face. And here are four reasons to look forward to it.

The Crysis series has always been famous for its stunning visuals. While other games worry about the mass-market, Crytek's approach is “Bring us your most powerful and expensive computers and we will make them cry gorgeously detailed tears with realistic fluid dynamics.” Its CryEngine is the heart of the entire company, rendering massive, fantastically detailed worlds. In fact, Crytek's first game, Far Cry, began as a technology demo which impressed people so hard it was developed into a full game.

The engine has been constantly updated every since. The latest iteration, CryEngine 3, eats supercomputers and spits out state-of-the-art graphics cards. 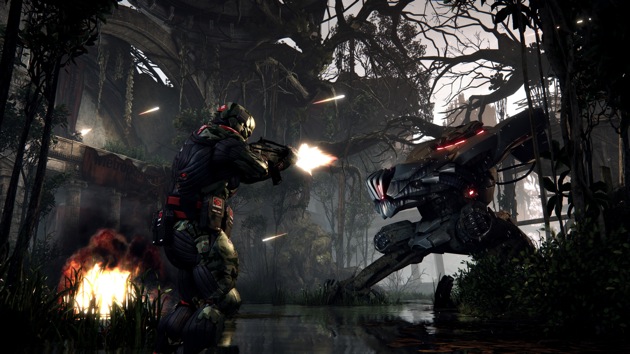 It was only a matter of time until someone saw video games and asked “Wait a minute, why do we even still need people?” The answer is lots of reasons.  But when most of the people in your film are extras designed to catch the heroes' bullets, those reasons become less important. 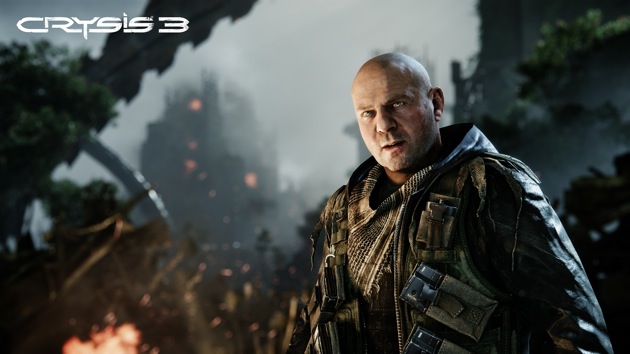 The technology for vactors — “virtual actors” — simply isn’t ready yet. But computers have been better than reality at special effects for years. Live-action movies already use computers for all the difficult bits. So when you’re setting the entire movie inside a computer, the whole world’s a stage: a special-effects stage loaded with pyrotechnics. And when you consider that Crysis 3 is about a nanosuit-enhanced soldier battling corrupt security forces, and features characters with names like  "Psycho," (seen above), which do you think will be a bigger part of that story: facial expressions or explosions? 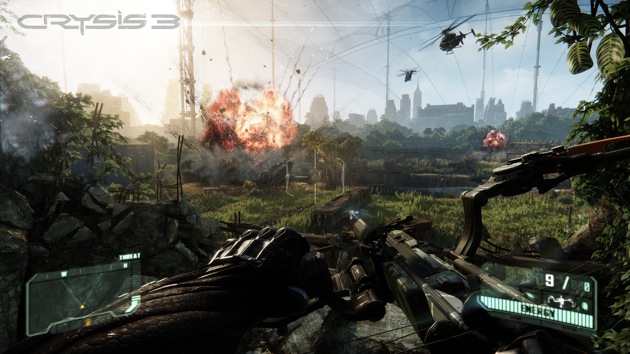 Big-name videogames have become more like movies every year. Where once the player was a roving character exploring a maze of hallways, now they’re a single cog in a vast cinematic machine. Carefully guided from set piece to set piece by invisible walls and an omnipresent director, distributing cutscenes between every 10 explosions. Setting the game to “play” itself by hiring a director to say what happens instead of a gamer is just the logical next step in that evolution.

3. The Product Is The Advertisement

Calling The 7 Wonders of Crysis 3 a fusion of video games and cinematics would be incomplete. It’s really a combination of video games, cinematics, and advertising. And that’s no bad thing. Sure, it’s blatantly designed to show off the proprietary Crytek graphics, but video games, movies, and adverts are the three fields most based on showing off amazing visuals and compelling stories that completely capture our attention. The resulting cinematic chimera has great promise. After all, Guy Ritchie has already directed an ad for Black Ops II.

When the guy behind the Sherlock Holmes franchise is directing the star of that franchise in a video-game commercial, anyone who doubts they’re just as big as movies simply hasn’t been paying attention. Besides, any product is meant to be its own advertisement. Here that advice is literally true.

Hybridization always creates new ideas. And the only people still arguing about whether video games are art were eligible to retire before we started playing them. Even the most violent shooter can be stuffed with artistic flourish and deeper meanings. Bioshock was a beautiful steampunk fantasy which turned a generation on to Atlas Shrugged. The “soldier shoots other soldiers, also aliens” might not sound like a vehicle for quite as much content, but it’s beautiful. 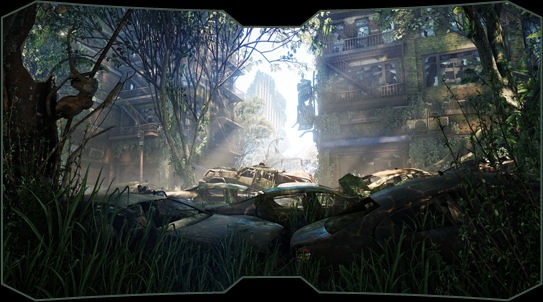 Crysis has always been about binaries, and not just in the 1s and 0s that make it happen. Every aspect of the games has a duality. You fight armed human soldiers, then inexplicable aliens. You’re outfitted with state-of-the-art technology but find yourself enmeshed in nature. You’re encased in a nanotechnological miracle of body-enhancing armor and you find yourself wielding a bow and arrow.

And it looks awesome.

The series started on Dec 12. You can watch the first episode right now on the Crysis YouTube channel. (Be sure to choose max HD quality for the full effect.)