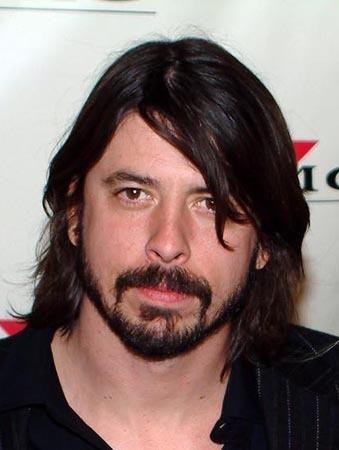 Foo Fighters frontman Dave Grohl is heading to the Sundance Film Festival next month with his directorial debut Sound City and he's wasting no time getting the pic out there. The film's website is now taking pre-orders for the documentary that will be released via HD digital download and stream February 1st. It will also be released theatrically February 1.

Sound City is the brainchild of Grohl who conceived the story after purchasing a custom-built 8028 recording console from Sound City Studios last year. The board was built in 1972 and considered to be a "crown jewel of analog recording equipment," having recorded such artists as Neil Young, Fleetwood Mac, Tom Petty, Cheap Trick, Guns and Roses, Fear, Grohl's former band, Nirvana as well as Rage Against the Machine, Slipknot, Nine Inch Nails, Metallica and others.

Grohl is getting personal with the feature, sending customers who pre-buy Sound City for $10 a letter, which follows:

Hey there….
Thanks for scraping up your hard earned dough and buying the movie direct from our site! We’re stoked! Hope you love it as much as we do….

I started this project a little over a year ago with ONE of my good old friends (Jim Rota from the band Fireball Ministry). That’s right….just me, my drinking buddy, and a crazy idea that we should tell the story of a studio we had loved hanging around for years, and our heartbreak to see it close. It soon blossomed into something truly epic! I don’t think either of us ever imagined our little project would become what it is now. Like all the best things in life, it just…….happened.

From day one, it was the most incredible experience of my life. I swear. Sitting down with Neil Young talking about recording guitars, John Fogerty telling me about the day he decided to become a musician, Stevie Nicks telling me the story of how she joined Fleetwood Mac, Trent Reznor schooling me on the world of computers and digital technology, etc etc etc…..can you imagine? All I had to do was listen…I am the luckiest man on earth.

And, being a completely independent film, no one told us how or what to do! Me and my crew of under 20 people did it OUR way. It was like a keg party with a camera. WE got to tell the story of a place we all held so dear. WE wanted to do it justice. And I think we did.
But, SOUND CITY is only part of the story…..

What is it that happens when 4 people turn on, plug in, and really play that makes the hair on the back of your neck stand up? What is it about those moments when you hear something and it immediately puts its hooks in you, and you feel…..understood? What is it that will inspire the next generation of kids wanna do what I did when I was a little punk growing up in Springfield, Virginia? That feeling like, “Wait……I can do this too…..

I really feel like SOUND CITY is my life’s most important work. I hope you do too.
Psyched that you get to see it! Show it to your friends! Get together, start a band, sound like shit, and change the world. GO!