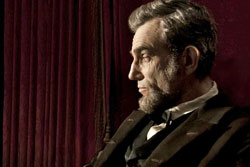 Casey Affleck Eyes Boston Strangler Pic
Affleck hopes to star in the thriller about the desperate search to find the mass murderer who gripped Boston in fear in the early '60s. Warner Bros. picked up the thriller, Deadline reports.

New Tron Back in Development
A Tron 3 sequel to 2010 reboot Tron: Legacy is back on track. Plot details are being kept secret, but Joseph Kosiniski, who directed Legacy is attached to direct the new pic, THR reports.

TDKR Shooter's Records Released as Theater Is Set to Re-open
The documents reveal a romantic relationship accused killer James Holmes had and one of his professors feared for her students' safety. The theater where the shooting occurred is set to reopen January 17th during a ceremony that will be attended by Colorado's governor, THR reports.

Glenn Beck and Vince Vaughn Teaming for Documentary Filmmaker Competition Show
The conservative personality is working to start a reality show called Pursuit of the Truth with Vince Vaughn in which 20 documentarians will compete for financing and distribution of their films and is accepting "filmmakers of all walks of life," Indiewire reports.