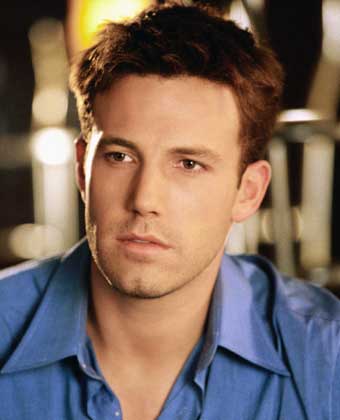 Ben Affleck's Argo is in the running for a host of possible Oscar nods this season. And while the film, which he directs and stars in is now just shy of making $100 million in the U.S. (it's closing in on $150 million internationally) critical acclaim and the big bucks mask some of the pitfalls of moviemaking. For the first time, Affleck had to give some actors the boot while shooting the feature based on a true story set during the Iranian hostage crisis.

"I've fired a couple of actors. It's the worst thing in the world because I know, as an actor, what it's like," Affleck said during THR's directors roundtable discussion via Access Hollywood. "I was a child actor, and the director threatened to fire me. That traumatized me. I was 13 years old. And I went around in fear of being fired."

The Good Will Hunting Oscar-winner first went behind the camera as director with Gone Baby Gone in 2007, but was forced to sack a few actors during Argo.

"This movie [Argo] was the only time I really fired people, but I had to do it," he said. "I had all these Persian actors who were supposed to speak Farsi. And often they would audition in English and I would say, 'You can speak Farsi, right?' 'Oh, yes, yes.'"

Affleck recalled one actor who hammed up his part as an Iranian during production, using some stereotypes that prompted Affleck to call him on his tricks.

"A guy came in for a really crucial part, and on the day of shooting, we were blocking the scene, and this guy's got this mini speech," he said. "And the guy did it, and it was just terrible. He was sort of like, you know, twisting the mustache and being the Iranian villain and having the accent and adding all these flourishes. A couple times I said, 'Just do nothing and say your lines. Let's try that."

And another actor ran afoul after trying to grab camera time, also getting the boot after one incident.

"There was this guy who had a little bit in the movie, but it was so nice," Ben said. "And then when this other guy was blowing it -- and not just blowing it, but hamming it up -- it made it easy to say, 'No, you know, you're trying to ruin my movie.'"