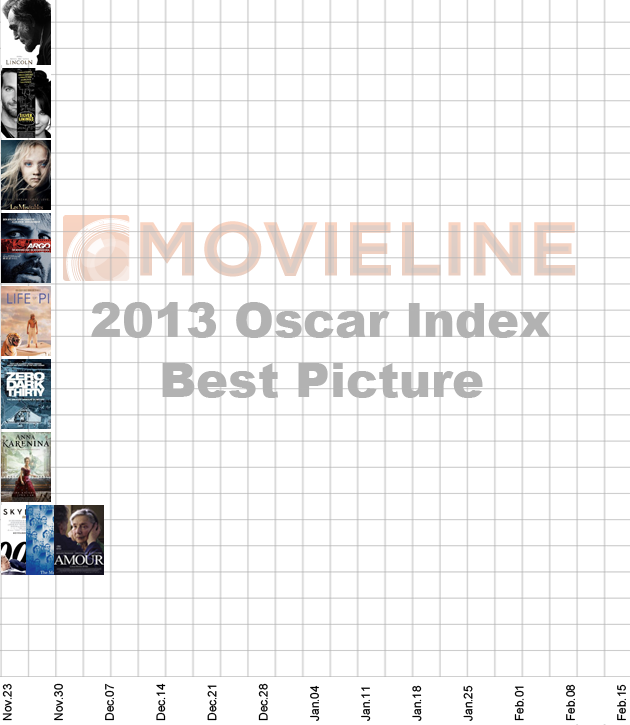 Methodology: Each editor's choices were weighted based on their placement in the list.  Movies that placed first on the lists received a value of 10, for instance, while those that placed 10th got one point.  Each film's scores were tallied and then divided by three. For instance, Lincoln< scored two 10s and a 9 for a total score of 29. Divided by three it received a high score of 9.7.

Agree/disagree with Movieline's rankings? Leave your own Oscar prognostications below!