After spending four years and five movies playing Bella Swan's vampire sister-in-law Rosalie Hale in the Twilight series, Nikki Reed understandably has a bittersweet perspective on the billion-dollar franchise coming to a close in this week's Breaking Dawn Part 2. On the one hand, she won't miss the hate mail from fans who have taken her character's onscreen iciness to Kristen Stewart's heroine to heart for four films. But few of Twilight's central figures have been as close to the saga as long as Reed has, dating back to even before director Catherine Hardwicke had cast Stewart and Robert Pattinson in the roles that would skyrocket them, the films, and all of their cast, to global fame.

"Catherine called me seven or eight months before it was happening and she was like, 'Hey, do you like the vampire genre? Because there’s this thing I’m thinking about and there are actually some books, and some fans — I don’t know if you’re into it...' It was that sort of conversation," said Reed, who at the time had acted in a handful of indie films including 2003's Thirteen, which she co-wrote with director Hardwicke.

Tempted by the role of Edward Cullen's disapproving adopted sister Rosalie, Reed decided against early retirement from acting and took the gig, joining Stewart, Pattinson, and their fellow Twilight cast mates at the film's Portland shoot — the first and last time the cast would be able to make a Twilight movie in relative anonymity. "We were just kids, and no one knew who anyone was," Reed remembered. "There were no stars, there was no celebrity. We were just people together."

Fast forward to 2012: Reed has four non-Twilight films in the pipeline, including turns in Empire State with Liam Hemsworth and Dwayne Johnson and In Your Eyes, from producer Joss Whedon. She recently launched her own jewelry line, Mattlin Era, featuring designs inspired by her mother and grandmother. And with musician husband Paul McDonald — who she met on the red carpet for Hardwicke's Red Riding Hood, another cosmically unpredictable byproduct of the Twilight saga's success — Reed recently debuted her first album anchored by "All I've Ever Needed," an original song they wrote for the Breaking Dawn soundtrack. 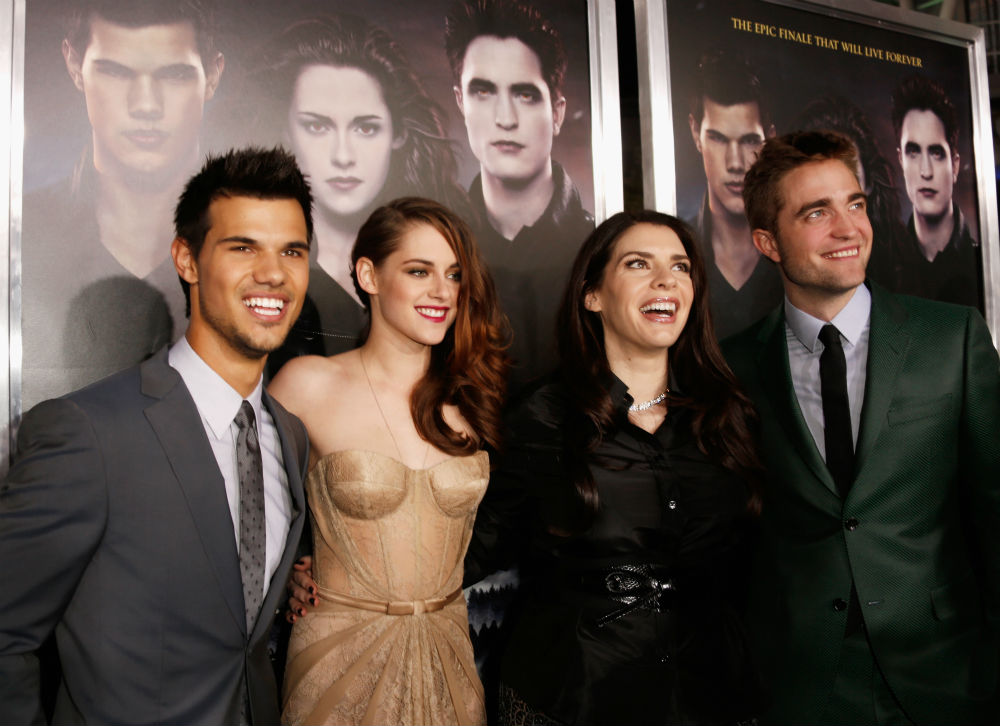 How do you feel right now about Twilight and your experience with this franchise now that it’s coming to a close?
Having us all together is such a special thing. As the movies have gotten bigger it’s become more rare. In the beginning when there wasn’t this kind of success or fan base for the films, we were all together more. Now there’s more isolation and we don’t get to all hang out in the same room like we used to. It feels really sad, and there are not many moments in your life when you can consciously close a chapter. You reach a milestone like you’re graduating college, and you’re like, oh — I’m aware that this is going to completely change my life when this is done. You normally look back on things in hindsight, but with this we’ve known that it’s been coming to an end since the beginning. It’s really sad for me. I feel really sad. Everyone else is like, “No, it’s fun and exciting!” and it’s all those things, too. But it’s hard to know what an experience this has been, and be conscious of that, and still know that it’s done. And don’t get me wrong, I’m happy about this film and I want it to come out so that the fans can see it. It’s a lot of mixed feelings.

Is that why you’ve been driving by Elizabeth Reaser’s house, sending her photos when she’s not home?
Isn’t that funny! We both live outside of Hollywood on the same mountain, but I live one mountain over and she lives on the street that I take to get into town. So I drive by her house four times a day, and sometimes when I’m feeling goofy I’ll pull over and get out and take a picture of her license plate and I’ll go, “This is how close I was.” It’s just silly! I see her all the time.

Rosalie finally gets some nice, warm moments in Breaking Dawn Part 2 – she’s become basically like a godmother to baby Renesmee, able to exercise her latent maternal instincts. How happy were you to bring Rosalie to this point as a character?
I think one of the greatest challenges with this franchise for me has been knowing that Stephenie [Meyer] wrote such multifaceted, dynamic character but only getting to play one aspect of that person. It sort of makes everything look a lot more superficial than it is; there’s so much depth to all of the characters she wrote. They all have incredible back stories. If you sit down with her and ask her questions, she has answers to everything — this is her world.

Also, even if the fans have read the books and know the character and connect with the character, what we bring to life is so different than what’s in the books sometimes, and it’s almost impossible to portray. So I think I’ve been waiting for this moment, not just for myself but for Rosalie. It’s been so hard defending her for so many years and defending who she is – No, she’s not that, and she’s not this, and there are all these feelings inside! Subconsciously people in general have a hard time disassociating an actor from a character; people who play the villain — you look at John Lithgow on Dexter, playing that character on that show has changed my whole perception of him. Every time I see him in something else now, I can only think of that, and you don’t even know you’re doing it. If I had known going in that playing the outcast and playing the least-liked character was going to… how you’re perceived by the fans is different from how the rest of the cast is perceived because of how they connect you with your character. So I’m happy I didn’t realize that going in, because that would have given me a lot of anxiety about the next four years of my life. It’s interesting to see how the fans will connect with you more now that Rosalie is on Bella’s side. Now you’re playing the hero.

That’s an interesting, unexpected drawback to being a part of the Twilight franchise — especially considering how much the popularity of the franchise has changed your lives, with screaming fans at events and paparazzi out in public.
It’s bizarre, but I can’t cry about that because my mother would kill me. I’m so blessed to be in the position I’m in, and this is today — I don’t know what tomorrow’s going to bring, but I can tell you that being in this series, there’s no golden ticket here. Any of us who think that are crazy, because you have to constantly work hard. You’re constantly proving yourself. And even when you’ve done a great job, you have to do something else to show people that you can do something great in some other role. We’re always trying to grow and better ourselves, and I feel like I can’t complain. There are so many perks and so many wonderful things about being a part of this. Any time I get down — which I do, by the way. When I get hate mail I get really down on myself and I read it to my mom and my mom is like, “So what? Who cares? These people don’t know you, so you can’t take the praise or the hate to heart.” All of it comes from a very distant place, so you have to receive all of it that way. Even the love, you have to appreciate it but from a distance, because you don’t want that to be absorbed either.

People actually send you hate mail?
People send everyone hate mail. That’s the way the world works right now, I’m nothing special. [Laughs] Trust me. It’s just the way that the world communicates now, the way that everyone functions. I love this quote, and it was a friend of mine who told me this and I think about it consciously whenever I’m feeling like this: “If it’s not personal, you don’t take it personally.” If that person doesn’t know me, it’s not personal. Whatever you have to say about me doesn’t actually exist because this relationship doesn’t exist. You don’t know me.