Brady Corbet stars as Simon, a college grad traveling abroad who meets a Parisian prostitute (Mati Diop) and takes up with her, entrenching himself in her life in the shadowy streets of the Pigalle. Entrancing and provocative, Simon Killer constructs a sensory cinematic study around Simon's psyche as he's revealed to be more complex, and more dangerous, than what he seems.

The visual parallel to 2001: A Space Odyssey's famous "eye" poster is an intriguing comparison point to draw; Simon Killer is quite a trip in itself, a portrait of an affable twentysomething's innocuous-enough wanderings through Paris that takes unexpected turns, forcing the audience to re-examine their perceptions of, and sympathy to, its protagonist. (The poster design is by Brandon Schaefer of Seek & Speak.)

Simon Killer is set for release via IFC in April of 2013; it screens today, November 5 and again on November 7 at AFI Fest, which is a great opportunity to see one of the boldest and most provocative films we'll see in the coming year. 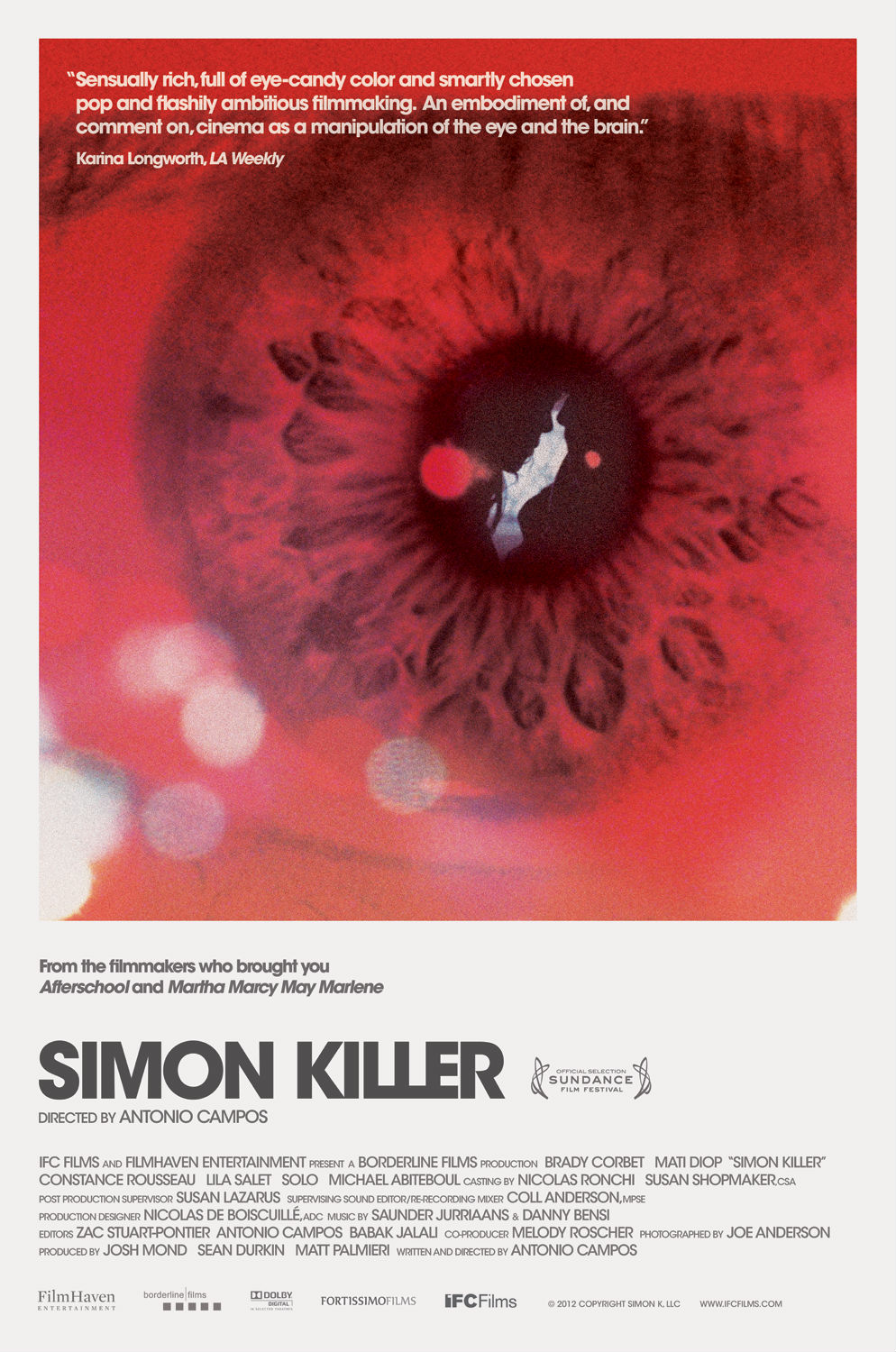