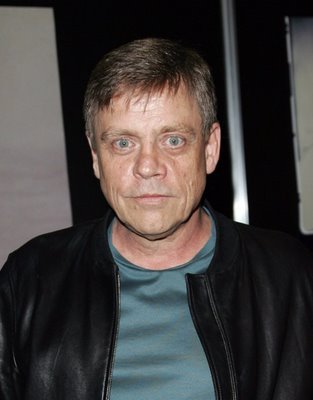 Star Wars fans worldwide learned Tuesday the celestial shattering news that George Lucas had sold Lucasfilm, and its most famous offspring to Disney for $4.05 billion. That news even surprised none other than Luke Skywalker himself. Actor Mark Hamill said he was surprised by the news, though he and fellow Star Wars veteran Carrie Fisher had met with Lucas who told them he wanted to do additional episodes in the decades-long franchise.

"Yeah, last August, he asked Carrie and I to have lunch with him and we did. I thought he was going to talk about either his retirement or the Star Wars TV series that I’ve heard about…," Hamill told EW. "So when he said, 'We decided we’re going to do Episodes VII, VIII, and IX,' I was just gobsmacked. 'What? Are you nuts?!' [laughs] I can see both sides of it. Because in a way, there was a beginning, a middle, and an end and we all lived happily ever after and that’s the way it should be - and it’s great that people have fond memories, if they do have fond memories."

Hamill said in the interview that he feels "anxious" about what's going on and admitted to mixed feelings about the sale, but said there has been a historical silver lining when Disney has picked up other marquee properties. "They haven’t done badly by Marvel and the Muppets and Pixar. It’s one of those big decisions that at first seems unusual but then the more you look at it, the more it makes sense."

Hamill noted that Lucas himself is in a "good place" today, which wasn't exactly the case back when they were filming the earlier Star Wars. He recalled that his co-stars tried to lift his spirits on the set, which would come with mixed results.

"He was not a jolly guy on set. [laughs] I always felt badly for him because he agonizes over details, and I’m sure after imagining it in his head for so many years, to see it realized — he’d look up and just hang his head and groan. Harrison [Ford], Carrie [Fisher], and I were always trying to cheer him up and joke him out of his doom and gloom."