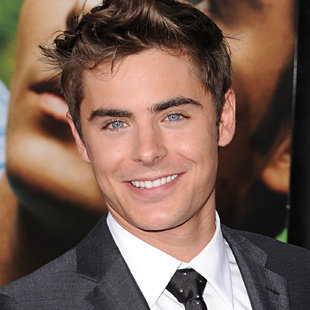 Harrison Ford, Zac Efron Eye You Belong to Me
Directed by Rob Reiner, Ford would play a psychiatrist who faces hard times after one of his female patients commits suicide. But he bonds with her brother James (Efron), but the situation becomes complicated when he lets James into his life and he begins seducing his wife and daughter. Rob Reiner will direct, The Wrap reports.

Jennifer Garner Eyes Drama Dallas Buyers Club
Garner is in talks to star in the drama alongside Matthew McConaughey. The story revolves around a man who was given six months to live after contracting AIDS in 1986, but lived another six years by illegally smuggling medicine into the U.S. and giving drugs to other sufferers too, Deadline reports.

Christoph Waltz Eyes The Muppets Sequel
Waltz would play an Interpol inspector in the Europe-set comedy. James Bobin who directed the 2011 Muppets film is returning to direct the follow-up, THR reports.

Thriller Eliza Graves Heads to U.S. Theaters
Directed by Brad Anderson (The Machinist), the movie is about a new physician who arrives to apprentice at a mental institution where he falls in love with a patient under circumstances that are more complicated than they seem. Production begins in 2013, Deadline reports.