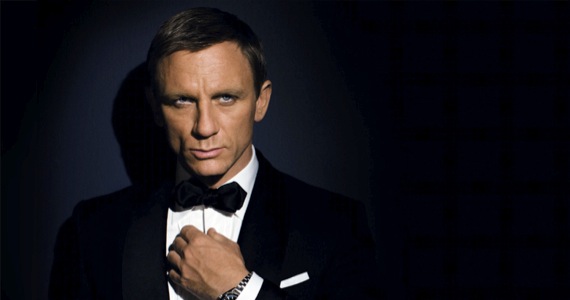 The Vatican has apparently caught wind of Skyfall mania and it even gave its opinion through its official l'Osservatore Romano newspaper. The 23rd James Bond pic even nabbed a rare review, calling it one of the best in its 5 decades.

l'Osservatore Romano's Skyfall green light is a sea-change for the publication which only has a print circulation of 15,000. Its influence is far higher, however, when its editorial which reflects Vatican policy, is splashed in papers and websites around the world.

For Skyfall l'Osservatore Romano published five articles, according to Reuters. The paper noted in its main article "007 License to Cry" that the latest installment presents the British super-operative in a less cliché manner, and "more human, capable of being moved and of crying: in a word, more real."

In another article, the paper compares the lineage of Bond actors from Sean Connery to the current Daniel Craig. Craig told the paper he feels "very different" from his predecessors, but noted that Connery is a "point of reference."

The Catholic Church famously condemned Federico Fellini's classic La Dolce Vita when it debuted in 1960 through l'Osservatore Romano, which viewed a scene from the film as a parody of Christ's second coming. It was subject to widespread censorship including a full ban in Spain until after the death of dictator Francisco Franco in 1975.